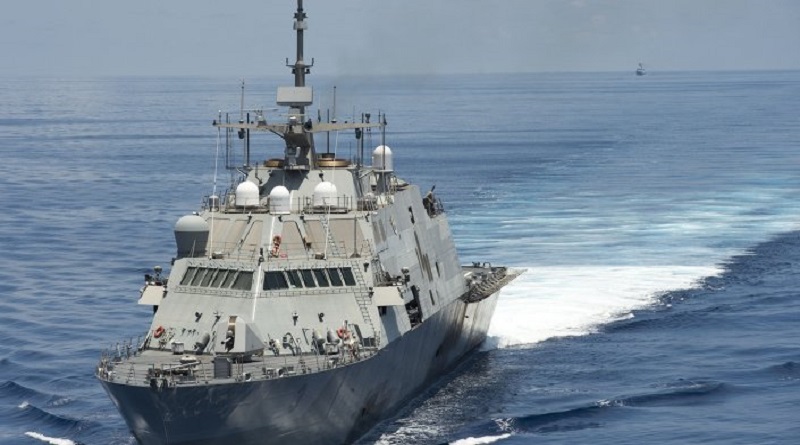 The exercises come at a time of heightened tension in the contested waters after an arbitration court in The Hague ruled in July that China did not have historic rights to the South China Sea and criticized its environmental destruction there.

China rejected the ruling and refused to participate in the case.

The “Joint Sea-2016” exercise will feature surface ships, submarines, fixed-wing aircraft, ship-borne helicopters and marines, the Chinese navy said in a statement on Sunday on its official microblog.

The two countries will carry out defense, rescue and anti-submarine operations, as well as “island seizing” and other activities, it added.

Marines will participate in live-fire drills, island defense and landing operations in what will be the largest operation ever taken together by the two countries’ navies, the statement said.

China announced that it had called the “routine” naval exercise in July, saying the drills were aimed at strengthening cooperation and not aimed at any other country.

China and Russia are veto-wielding members of the UN Security Council, and have held similar views on many major issues such as the crisis in Syria, often putting them at odds with the United States and Western Europe.

Last year, they held joint military drills in the Sea of Japan and the Mediterranean.

China claims most of the South China Sea, through which more than $5 trillion of trade moves annually. Brunei, Malaysia, the Philippines, Taiwan and Vietnam have rival claims.

China has repeatedly blamed the United States for stoking tension in the region through its military patrols, and of taking sides in the dispute.

The United States has sought to assert its right to freedom of navigation in the South China Sea with its patrols and denies taking sides in the territorial disputes.

Russia has been a strong backer of China’s stance on the arbitration case, which was brought by the Philippines.