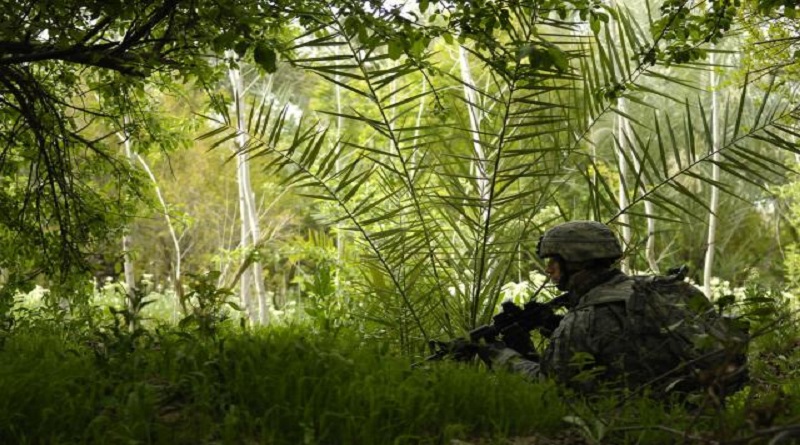 RANCHI: The policemen of Jharkhand fighting Maoists across the hilly terrains and dense forests have encountered a new challenge – the unparalleled growth of vegetation due to bumper monsoon rains. The vegetation growth has reduced visibility, slightly altered the structure of the topography and made life difficult for the soldiers chasing the rebels in the battlefield.

The changed scenario often results into loss of opportunities for the police. Two big opportunities were lost last week in Latehar and Khunti even after the cops engaged the rebels in an encounter. “The Maoists disappeared after firing few rounds at us. The vegetation was so huge that we could not make out when they left the ground,” said ASP (operations) P R Mishra, who led the operation in Khunti district last week.

In the battlefield, soldiers fan into the forests according to a devised strategy and fire from the strategic positions they take. “The bullets fired by our soldiers (who are not visible due to thick bushes) are mistaken as fires from the Maoists. It’s a common problem in jungle warfare, but becomes serious due to heavy vegetation,” said a CRPF officer.

The battlefield in Red Corridor is different from the battlefield in international wars or cross-border armed conflicts. “You know that the enemy would come from one specific direction. In Maoist zone, the enemy is invisible even though he is very close to you. We do not always know from which direction he would attack,” said a police officer.

Latehar SP Anoop Birthary said the security forces were very close to a bunch of top Maoist leaders (last week) but they took advantage of vegetation and escaped. “The situation would have been in our favour had there been less vegetation,” said Birthary. The security personnel destroyed Maoists’ temporary settlements besides recovering arms and ammunition.
Mishra, who has a long experience in LWE operations, said this year the vegetation growth is unusually heavy. Maoists do not find the vegetation growth as challenging as police. “Living amidst these bushes, Maoists are familiar with the vegetation. They do not find it as a blind trap like the soldiers. They know most of the streams, pits and ditches and most importantly the way out of the bushes,” a police officer said.
The soldiers have been asked to avoid casualties, and they avoid risks. “We can penetrate into the bushes to trace them, but most of us are not aware of the path which would bring us back from the misleading bushes. We can locate them later after the bushes die,” a police officer who does not want to be named said.
IG operations and police spokesperson M S Bhatia said the soldiers have been asked to keep safe from poisonous pests and snakes whose number grows dramatically during monsoon season. “Despite all the problems, we have kept the heat on the Maoists,” he said.