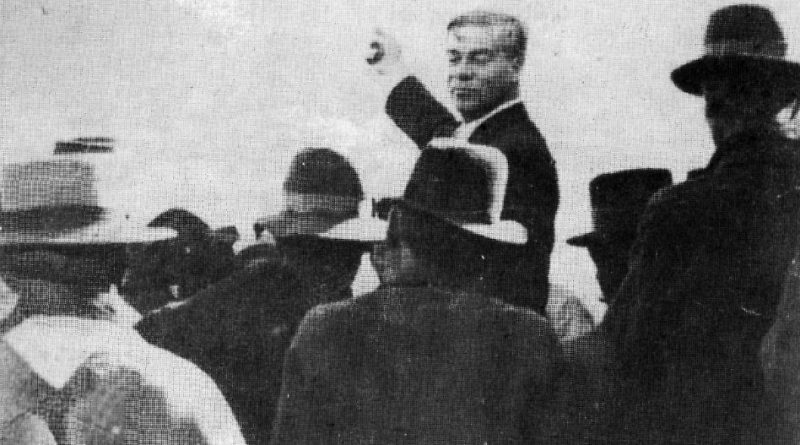 The first foundations of the ideology of the working class were established by Karl Marx and Friedrich Engels. And they, plus a handful of communists, gave their bodies and souls to endow the proletariat with its ideology and its political program. In this way, the ideology of the proletariat arose with the name of Marxism, bearing the name of Marx and not that of Engels or any other revolutionary.

On the above, Friedrich Engels explains in his text “Ludwig Feuerbach and German Classical Philosophy (1886)”:

“Here I may be permitted to make a personal explanation. Lately repeated reference has been made to my share in this theory, and so I can hardly avoid saying a few words here to settle this point. I cannot deny that both before and during my 40 years’ collaboration with Marx I had a certain independent share in laying the foundation of the theory, and more particularly in its elaboration. But the greater part of its leading basic principles, especially in the realm of economics and history, and, above all, their final trenchant formulation, belong to Marx. What I contributed — at any rate with the exception of my work in a few special fields — Marx could very well have done without me. What Marx accomplished I would not have achieved. Marx stood higher, saw further, and took a wider and quicker view than all the rest of us. Marx was a genius; we others were at best talented. Without him the theory would not be by far what it is today. If therefore rightly bears his name.”

What F. Engels raises here is not false modesty, but the recognition of an objective fact present in each revolution, of a concrete situation: that the revolution and the revolutionary organization of the working class had led Karl Marx to assume the jefatura [individual leadership] of the revolution. The reasons are exposed with tremendous clarity by Engels: “Marx stood higher, saw further, and took a wider and quicker view than all the rest of us… Without him the theory would not be by far what it is today. If therefore rightly bears his name.”

In 1920, with respect to the jefes [individual leaders], Lenin established that the masses are divided into social classes, that social classes are organized into parties and that these political parties are led by jefes. This conclusion came after three years of victorious experience with the proletariat in power.

Later, President Mao Tse-tung deepened these conclusions in the light of the revolutionary struggle and the two-line struggle against the bourgeois currents, coming to establish that the revolutionary jefes do not arise by luck or spontaneously, but rather in the middle of the class struggle, applying the principles and organizing the struggle of the working class and the popular masses.

What is fundamental about revolutionary jefatura is that it be recognized by the working class and its party. That is what is primary. Many things will be said from the oppressive classes and from the vacillating sectors among the people, but the revolutionaries have to huddle around their leaders and defend their jefatura. This has been and will continue to be the case until the class struggle is a memory of history.

What is fundamental about jefatura is not the administrative position. Lenin formally did not have a position as president, but the Russian Revolution itself had brought him to this place, without a doubt. Among such notable leaders as Sverdlov, Stalin, Molotov, Manuilski, to name a few, Lenin, like Marx, stood higher, saw further, and took a wider and quicker view. The same thing happened with President Mao Tse-tung, who inside the party was sabotaged and isolated, but always the class and the party considered him their leader.

When [Luis Emilio] Recabarren passed through the jail, the workers did not say “let us choose another, since he is capable, being imprisoned, of changing his mind”, because they knew that in prison Recabarren was still the leader of the revolution in Chile and this was demonstrated.

The emergence of the jefes is a law, it is fulfilled without exception. For example, Spartacus was the leader of the slaves in rebellion; Francisco Villa and Emiliano Zapata were the head of the Mexican Revolution; Sandino was the leader of the anti-imperialist struggle in Nicaragua; Farabundo Martí fulfilled the same task in El Salvador, while Leftraru (Lautaro) was the leader of the Mapuche Resistance against Spanish colonization. In short, where we look always there is a person who stands out among the most outstanding and in their hands is the task of assuming the leadership of the revolutionary struggle. The leadership emerges from the development of the revolutionary struggle, the working class and its party.

In order to fight the revolutionary jefes, the oppressive classes mount falsehoods and distort their role. For example, on May 5 it was 200 years since the birth of Karl Marx and El Mercurio has presented him as an “artist, journalist and social democrat” (Arts and Letters, 04.27.2018). In this way, the big bourgeoisie that owns El Mercurio, unable to attack his gigantic work head-on, disfigures it and hides its role as revolutionary leader.

Within the same commemoration, the petty bourgeoisie is not far behind and makes a series of seminars in universities about what they call “Marxisms”, as if the working class could have several ideologies, several marxisms. Undoubtedly, like El Mercurio, this aims to generate confusion, raising a distorted Marx to hide the true Marx, the head of the world proletarian revolution.

In Chile, the working class has its jefatura. Long years of revolutionary struggle and organization of the working class in the Chilean Section of the Communist International, forged Luis Emilio Recabarren as the highest head, as the most capable to become a communist jefe. It is up to us to recognize his role and defend him, both those who openly attack him and those who distort him, raising him only as a trade union leader to hide his role as combatant and truly communist leader.