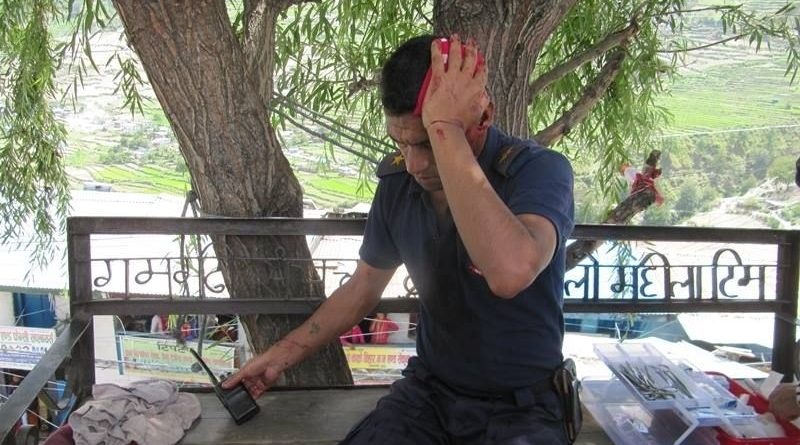 Jul 6, 2018-Two security personnel and a few cadres of CPN (Biplav) were injured in a clash at Gamgadi bazaar in Mugu on Friday.

It has been learnt that the clash ensued when police tried to intervene in a cultural programme organised by CPN-Maoist cadres against corruption and alcohol.

Police lobbed two rounds of tear gas shells to contain the situation. CPN cadres have accused the police of intervening in their peaceful programme.