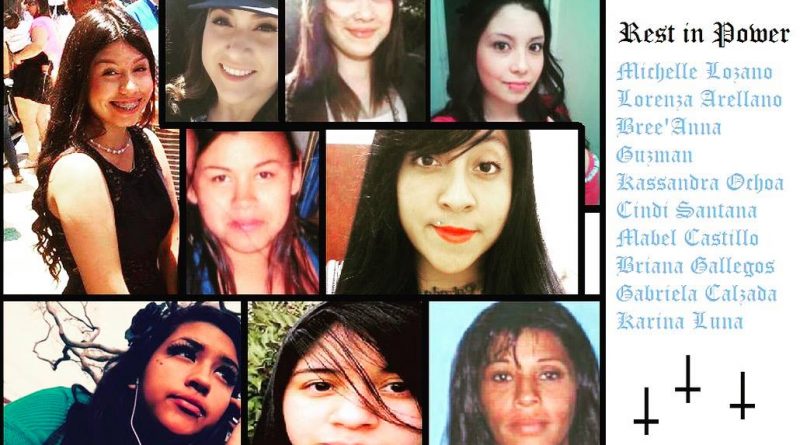 As sure as light exists in relation to darkness, so to does life come from death.

Today on International Working Women’s Day we must honor the fallen women revolutionaries as well as the proletarian and nationally-oppressed women whose lives were taken by the brutal patriarchal dictatorship of the bourgeoisie – in the U.S. but also abroad.

Here in the U.S. prison house of internal colonies, working women of the Chicano, Black and native nations are triply oppressed: exploited by imperialism, nationally oppressed by settler-colonialism capitalism, and oppressed by murderous patriarchy.

Here in Boyle Heights, working Chicano, New Afrikan, Central American and immigrant women are reminded daily of their oppression and mortality. The reality of the stratified and oppressor capitalist country is that many times the murders of working women are committed by their male counterparts. In Los Angeles – in Boyle Heights and other areas in the county – young proletarian women have been brutally abused then killed by the hands of their own lovers, family or friends, some of which are high class traitors of the lumpen-proletariat – middle-to-big drug dealers, repeat women abusers, extortionist parasites on the immigrant working class of their very own neighborhoods. 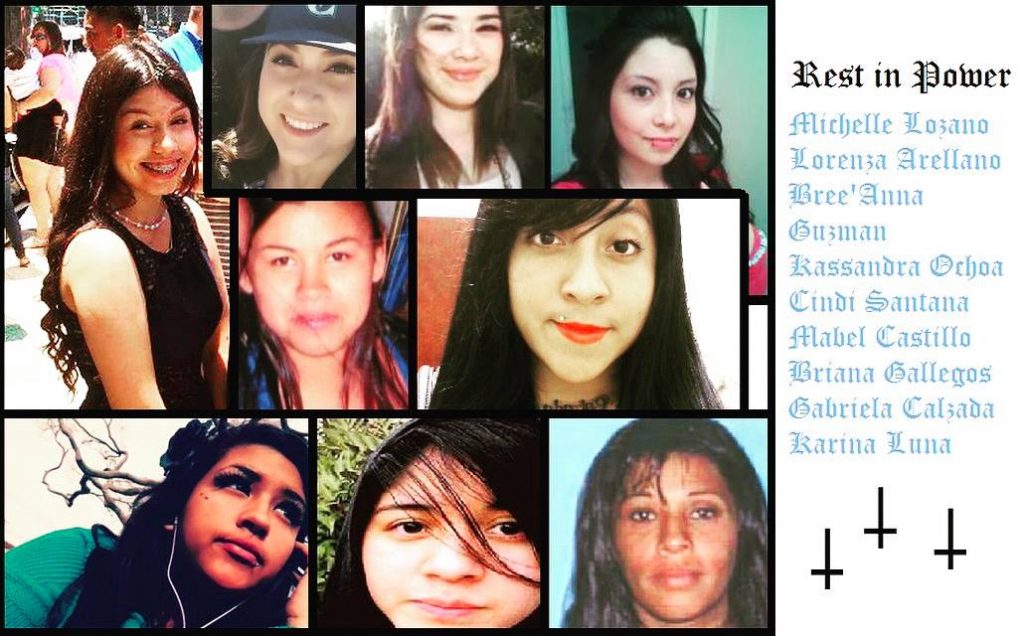 Some of the names of the fallen women of Los Angeles over the past years are: Michelle Lozano, Lorenza Arellano, Bree’ Ana Guzman, Kasandra Ochoa, Cindi Santana, Mabel Castillo, Briana Gallegos, Gabriela Calzada, Karina Luna, and all the countless other young working women relegated to Jane Does in the county morgue.

This year, only three months in, there has been at least two reported homicides in Los Angeles – the first one was a woman killed, chopped up and her remains burned under the 5 Freeway in Northeast LA. The other was found stabbed with her throat sliced open in a park in Sylmar. Both in February.

It is a horrific reminder of the life-or-death precarious and oppressed position women hold under patriarchal capitalism-imperialism. Women, especially proletarian oppressed-nationality women, are literally being disposed of, like used-up parts of a machine.

This is why supporters and attendees of Red Guards – Los Angeles’ “Unlearning Patriarchy” series based out of La Conxa have decided on taking our collective proletarian feminist political development over the past several months, closing in on a year, and applying it to our reality in Boyle Heights.

With the participation of the Ovarian Psyco-Cycles we will be starting a Boyle Heights proletarian Women’s Guerrilla Defense Unit open to all genders but with a principal focus on proletarian oppressed nationality women.

The unit will be one part internal self-defense training for women, one part external (public) self-defense training for women, one part political development – all united principally under the philosophy that only through revolutionary vengeance/violence is it possible for proletarian women and their allies to be transformed and emancipated from patriarchal capitalism-imperialism.

Patriarchy cannot be simply unlearned. We must literally arm ourselves and go to war with U.S. capitalism.

So we have to be clear: Patriarchy, like capitalism and colonization, is inescapable. It lives with capitalism like a permanent marriage. To talk of “unlearning” or “deconstructing” patriarchy is pointless postmodernist babble and we self-criticize for not making our monthly series more revolutionary and free from the treachery of capitalist postmodernism. The individual does not exist as something separate from capitalism. It is only through the destruction of the old system, the creation of a new one with a different mode of production, one not exclusively based on the production of commodities, that we can really exercise a more equal gender practice.

We want, and need, a feminism based exclusively on working-class women. Not left to die in the cold hallways of academia. Because everything else flattens the contradictions among women from different classes, which liquidates revolution and builds false reform and treacherous peace with the multi-gendered enemy. In other words, any feminism that doesn’t prioritize working-class women – and we would argue furthermore on indigenous, Chicano and Black working-class women – participating in revolution, supports capitalism. If attacked, we must attack.

Revolutionary martyrdom is unavoidable because going to war against capitalism, imperialism and settler-colonialism is the condemned duty of all exploited and oppressed people. So we say glory to those who gave and give their lives to the masses and the revolution. Glory to the immortal women martyrs who shall be honored by their international comrades taking up arms and taking up their positions in their military units and Party positions.

A proletarian Women’s Guerrilla Defense Unit is not enough in and of itself. This unit must be thought of as the seed planted for the growing all-gender working-class revolutionary army to carry out the highest point we can aspire to: a revolutionary soldier in the coming Protracted People’s War.

The time for activism is over. Now is the time of war.