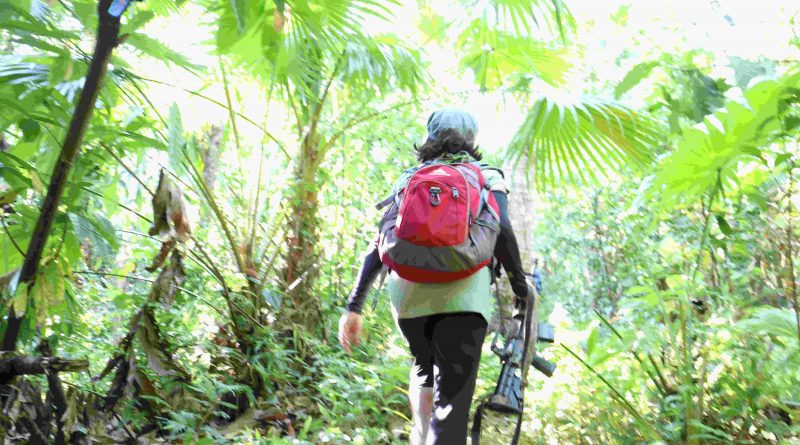 Rodrigo Duterte and his regime relentlessly trample on women’s rights. His contempt for women knows no limits. His policies result in hardships, especially for the toiling women.

From his unamusing rape jokes, disparages and threats, Duterte clearly is the ugly face of the feudal and patriarchal aspect of a social system which exploits and oppresses women.

Among the latest of Duterte’s tirades against women is his direct order for soldiers to shoot women Red fighters in their vagina to make them worthless. He also ridiculed women Red fighters for “leaving behind” their children when they go back to the armed struggle. For Duterte, women are mere sex objects and chattels for men. He cannot accept that women play greater roles in social struggles and transformation.

Duterte is inciting his troops to commit crimes and brutalities against the people, whether they are civilians or combatants. He openly endorses rape and other forms of sexual violence against women as a tool of his dirty war, Oplan Kapayapaan. He aims to scare off women and trample on their dignity.

Operating troops of the AFP already have a long list of atrocious fascist crimes. These include the rape of a 14-year old Lumad girl by at least three soldiers in Talaingod, Davao del Norte on July 2015. On July 2016, 8th IB troopers shot dead a pregnant woman in Bukidnon. Operating soldiers are known for their vulgar attitude and disrespect towards women.

In the Duterte’s regime brutal fascist war, more and more women fall victim to killings, repression, illegal arrest and detention. In Mindanao, women, especially Moro women, suffer under martial law. Up to now, hundreds of thousands of women and their children suffer in evacuation centers and are prevented from going back to their homes in Marawi. At the same time, the fascist military utilizes deception and seduction by romantic liaisons to render women passive and turn them away from the struggle.

Peasants, especially women peasants, suffer slave-like oppression and grave forms of feudal exploitation in the countryside. The Duterte regime defends large land monopolies of big landlords and plantations. His declaration for free land distribution is clearly a lie as his regime prioritizes the reclassification of land to give way to massive land conversion of agricultural lands. Duterte’s free irrigation is worthless to most farmers due to the absence of genuine land reform and because only a small fraction of farmlands is irrigated.

Women workers continue to suffer from low wages and inhuman working conditions. They are victims of contractualization. As workers, they endure high unemployment rates, low-level and precarious employment, especially during last year’s big job fall (more than 600,000 jobs lost). Despite Duterte’s stunts, he cannot hide the fact that his regime is worthless in defending migrant workers’ rights and welfare, especially women migrants, and he has failed to give them alternative jobs.

The Duterte regime’s measures and policies which continued the pro-imperialist neoliberal policies of the previous regimes have brought about extreme hardships to women. At the start of the year, the people, especially women and other heads of households, endured high prices of goods and services due to additional and new taxes brought about by the TRAIN law.

They are further victimized by the artificial rice shortage engendered by Duterte’s friend Manuel Piñol to continue with, and control, rice importation. Hundreds of children are victimized by bureaucratic corruption and irresponsibility of successive regimes in the unfolding tragedy of the experimental Dengvaxia vaccine.

In the face of these hardships, the ruling reactionary state aims to keep women passive, meek and apolitical. They are reduced to the confines of their households—as wives, mothers, sisters or daughters – who exist solely to serve the male members of their families.

But women have long been breaking out of this mold. In the face of grave oppression, they rise in their numbers to participate in various struggles. For these women, their participation in these struggles is the first step towards liberation. In struggle, they lift their prestige and status as women. They break the dominant feudal and patriarchal view on women as second class citizens.

They actively contribute to ending the oppressive and exploitative semifeudal and semicolonial and construction of a democratic and progressive system. Hundreds of thousands of women are members of revolutionary mass organizations and other national-democratic associations and movements.

There are many women in the New People’s Army, especially coming from the ranks of the toiling masses. They decided to participate in the armed struggle and carry out various revolutionary tasks. The Filipino people look up to them. They serve as commanders, political guides, medics, supply and education officers, literacy teachers and other fields of work in different levels of the people’s army. No task or opportunity are denied to them just because they are women. Many of the Communist Party of the Philippines’ leaders are women.

The NPA has decreed that women should be treated as equals and their rights observed at all times. Etched in its basic rules—the Three Points of Discipline and Eight Points to Remember (more known as Tres-Otso)—is strict adherence to respecting women’s rights and the proper way to treat and speak to them. Women’s equal rights to men is also in the CPP’s constitution, program and other regulations, including inside marriages.

In the face of the US-Duterte regime’s oppression, violence, vulgarity and low regard, women have no choice but to rise up against its fascism. Women should persevere in the national-democratic struggle and advance in various forms of armed and unarmed struggle. The Party calls on all women workers, peasants and students to join the New People’s Army and participate in the protracted people’s war nationwide.