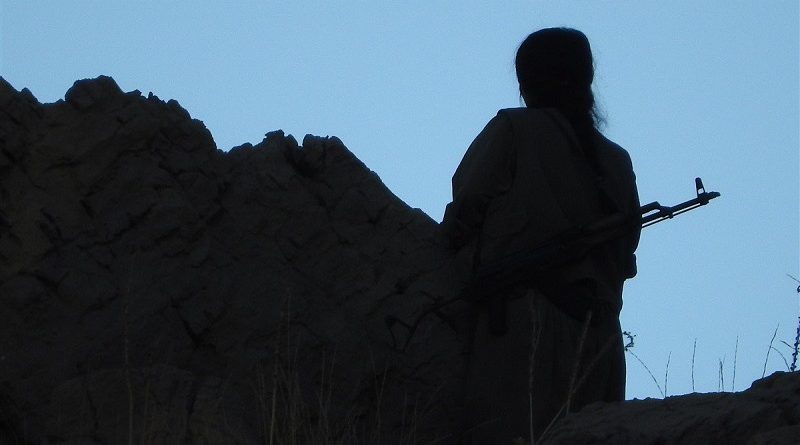 The statement says: “We celebrate the day of struggle and solidarity for working women of the world for all women and humanity. March 8 isn’t just a day of solidarity and struggle for women anymore, it has become a day for the fight to liberate humanity as a whole. Women have become a force of freedom that will save humanity along with themselves. The keys to a free and democratic life have been seized with the emergence of the women’s liberation spirit. In this sense, the 21st century will be the century when humanity achieves social freedom and democracy.

“APOIST LINE HAS SOLUTIONS TO ALL ISSUES”

“In the struggle for freedom, democracy and socialism, Leader Apo embarked on with his great revolutionary and libertarian character, he saw that true freedom, true democracy and true collectivism can only be achieved through women’s freedom and women’s social and democratic character, and has made the women’s freedom line the spirit and fundamental strength of all struggles. When humanity, history, freedom and democracy are viewed through the women’s freedom line, it constitutes the line of freedom, democracy and socialism that will be a solution to all issues humanity has. Today the ideological and political line of Leader Apo has become the hope for not only the peoples of Kurdistan, but all the peoples of the Middle East. This line being created by the spirit of women’s freedom is what enables this. Leader Apo has found solutions to all issues humanity faces in this line. All issues in human history, all the disorders started with the enslavement of women, so the solution comes from there as well.

“KURDISH WOMEN HAVE BECOME THE LEADERS OF FREEDOM”

If the Kurdish women’s struggle for freedom becomes an avalanche and turns into the leader of women’s freedom in the world, it is because it has a historical basis, it is a holistic theory and it has achieved a structural reality. With this, it has opened the path for all the struggles coming together and achieving success by giving the struggle of women throughout the world a theoretical and organized basis. No regressive force can stand in the way of the women’s struggle developing and strengthening throughout the world. The women’s freedom struggle achieving a historical and theoretical basis will accelerate the death of the patriarchal system. Capitalist modernity won’t be as effective as before in preventing and neutralizing women’s struggle for freedom in the face of the struggle developed in the line of women’s freedom, however hard they try to hide the enslavement of women. Although the patriarchal system sees that the women’s freedom line will bring about the end of the statist, hegemonic, exploitative system and resorts to new obstacles and methods to prevent the rising struggle for freedom in the basis of the women’s ideology, it is not possible for them to achieve results.

The Kurdish women have issued a call to increase the struggle with the motto, ‘Organize, unite, fight, be free!’ and to play their historic role as the spirit and leader of all of the struggles.

The women’s freedom struggle developed in line with Sakine Cansız, Zeynep Kınacı, Gülnaz Karataş, Sema Yüce, Şilan Kobanê, Arîn Mîrkan, Şîrin Elemholi and Vîyan Soran will develop further on its historical basis in the Middle East and will liberate all the peoples of the Middle East along with the women.”