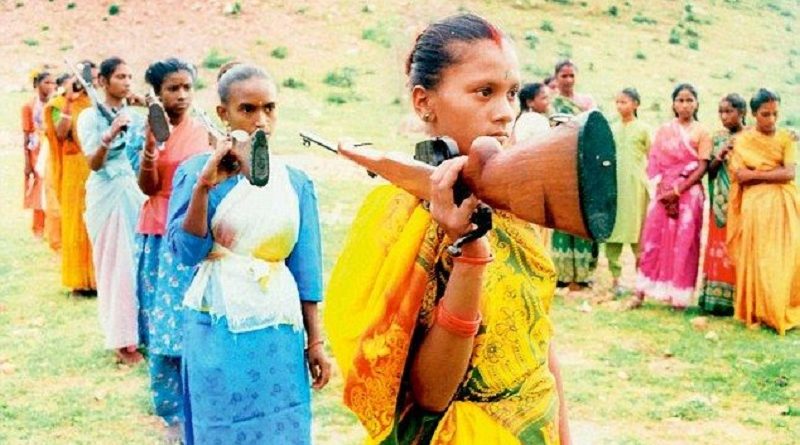 We, from the International League of Peoples’ Struggle, rise in solidarity with women all over the world and join them in commemoration of March 8, International Women’s Day.

In 1911, women of the Socialist International declared the First International Toiling Women’s Day to champion women’s democratic rights and fight for reforms against the dire conditions, especially of working women and children. More than a hundred years later, their calls still ring true for the majority of the world’s working class women who must further confront the fiercest imperialist attacks yet on the lives, rights and welfare of the majority of the world’s people.

This year, we commemorate March 8 amidst an important nodal point in the history of the international women’s movement – the dynamic reinvigoration of women’s movements in the West, particularly in the US, as evidenced by the recent Women’s March and in the strong participation of women of color in various protest movements, ranging from issues of women’s rights, gender-based violence, racism, civil rights, defense of ancestral or native lands, anti-fracking and other forms of environmental destruction, austerity, privatization, precarity, militarism and war.

Such reinvigoration no doubt has been driven by the crisis of capitalism that has reached new heights since the financial crisis of 2008, and which has had profound adverse consequences, even for the working classes of the imperialist countries. The crisis is now turning for the worse with the rise of neo-fascism, the unprecedented repression of migrant and other democratic rights, the spreading of xenophobic, hate propaganda and white supremacy under the Trump presidency.

Equally important, we celebrate the continued vibrancy of the movements of oppressed women in neocolonial countries who have unyieldingly struggled and opposed imperialism, militarism and political repression. Their long histories of militant struggle have now become beacons in the global struggle of women for emancipation against all forms of exploitation and oppression. By refusing to accept the token reforms that imperialist countries and their client states have peddled with the intention of luring women away from the path of militant struggle, the women’s movements have gained wisdom and strength from upholding the rights and interests of majority of the world’s women – the working class women who have been the most affected by the anti-democratic, anti-national and anti-women policies of the imperialists and their client states.

Imperialism has caused the immeasurable suffering of women. The ever increasing concentration of wealth in the hands of a few present no possibilities for women’s emancipation under this system. Gains made by the women’s liberation movements of the 70’s and 80’s have been so easily eroded by the reign of neoliberal policies. Instead of improving their social and economic conditions, women, like their male counterparts, are more than ever confronted with joblessness, homelessness, cutbacks in social welfare measures and other such manifestations of the global social and economic crisis.

The situation is much worse for millions of women in neo-colonies as excruciating poverty and deprivations mark their lives as consequences of economic policies oriented to benefit big foreign and local exploiters.

While they suffer along with their male counterparts, working class women have had to bear the brunt of economic dislocation due to their traditional role in caring for their families and community resources. Big mining companies, agribusiness corporations and land conversions for foreign industrial and commercial use have caused the massive displacement of rural communities and have disrupted or destroyed local agro-ecological systems that ensure food security. Driven away from their traditional communities and resources, women peasants have to find work, entailing both money and time for travel and unregulated work hours to earn for their family’s basic needs. Worse, many more women are driven to work in cities or in foreign countries, subjected to low-paying, unregulated work that leaves them vulnerable to abuse, discrimination, violence, prostitution and/or human trafficking.

At the core of the neoliberal attack on the working class is the ruthless drive to push down wages. With the introduction of so-called flexible pay schemes in many countries, neoliberalism has, in fact, stripped workers, especially new entrants to the labor force, a significant percent of whom are women, of their fundamental right to a living wage. Neoliberalism, instead of spreading prosperity with the so-called mobility of capital, has in fact degraded workers’ conditions, reducing them to modern-day slaves.

Militarism is on the rise as inter-imperialist conflicts intensify – fueled by the global capitalist crisis and as the imperialists jockey for resources and nations to exploit and plunder. US imperialism today stands as the principal purveyor of war and militarism, spending ever increasing amounts to feed its military industrial complex, in a futile effort to wriggle out of interminable crisis. It has unleashed wars of aggression and military and political intervention under the slogan of the global war on terror; trained and armed surrogate armies and paramilitary groups to foment destabilization in countries where it has vast economic interests or resist US domination. Elites both in capitalist homegrounds and in client states resort to violence, coercion, suppression and deception in order to crush political dissent and resistance.

Along with the rise of militarism is increased violence against women and children as they become victims of human rights violations, including sexual abuse by military and paramilitary groups. States do not only sanction profiteers to exploit women as objects for the entertainment and sexual pleasure of military troops but also use rape as a means of subjugation and conquest. Militarism foments misogyny, male chauvinism and the subjugation and gross sexual objectification of women.

The magnitude of the people’s sufferings have generated a spate of protests and resistance, both armed and unarmed, to imperialist policies in many parts of the globe. Women play an important role in this resistance, with many taking to the forefront of local and national struggles against anti-democratic and pro-imperialist policies and programs. They expose and oppose the deceptive schemes that depict women as being passive, and token reforms meant to veer women’s movements away from militant and committed resistance to imperialist rule. Women are organizing everywhere, and the clarion call for women’s emancipation has never been stronger.

Struggle for women’s emancipation from patriarchy and all forms of oppression
and exploitation!
Down with imperialism, militarism and fascism!
Uphold people’s rights and women’s rights!
Long live international solidarity!