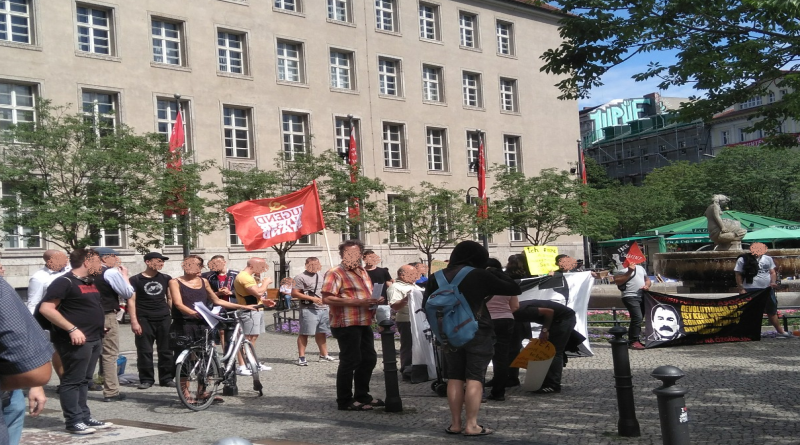 On Saturday -exactly one year after the successful resistance to the G20 summit in Hamburg of the warmongering and exploiting leaders and the subsequent State abuses and its massive suppression- there was a rally under the slogan “Resistance is not terrorism; Down with Section 129 a/b[1]” in front of the Neukölln Town Hall, in which we (Jugendwiderstand) participate.

Through several internationalist and revolutionary slogans, speeches and banners, awareness was created about the fair struggles and resistance of political prisoners and those affected by repression.

At a time when the repression of the class enemy is getting stronger -as in many examples such as the Turkish revolutionary Musa Asoglu, Gülaferit Ünsal, the ATIK prisoners, the anarchist militants Nero and Isa in Berlin-Friedrichshain or the young activists recently arrested and deported in Frankurt am Main and Offenbach due to the resistance against the G20- it’s more important still stand all together, without splits and showing our solidarity.

Down with bourgeois repression!
Freedom for all political prisoners!

For more information about the increasing repression of the FRG against the Political Resistance Movement, check regularly the website: Freedom for all political prisoners!

Upcoming dates of the Solidarity Group with Gülaferit Ünsal in Berlin.

Translated into English by Redspark
Original source in German: Jugendwiderstand