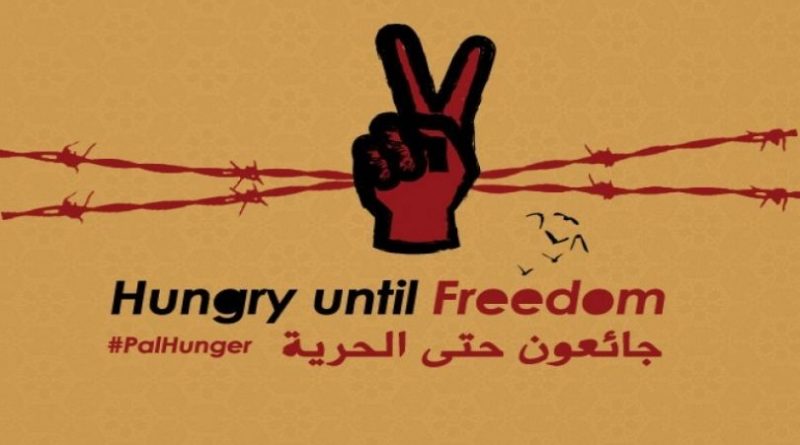 The organization of the Popular Front for the Liberation of Palestine inside the prisons calls for a general mobilization among its ranks, announcing the first to enter the hunger strike.

In the context of the Battle of Dignity (Karameh) 2, which was decided upon by the prisoners’ movement inside the Zionist detention camps immediately after the prison administration disavowed their own agreements, the organization declares that the Popular Front in the prisons is mobilizing in all ranks of leaders and members and emphasizes the following points:

1) The organization declares that it will abide by the decision of the prisoners’ movement, especially the committees that negotiated to obtain these just demands from the prison administration. The prisoners of the four forces (Hamas, the two Fronts and Islamic Jihad) have decided to engage in this battle a gradual manner, beginning with the entry of hundreds of prisoners in the strike, and affirm that this battle will not stop until the prisoners obtain their demands.

2) We emphasize that fighting this battle and joining our comrades on a rolling basis is a major task, and we promise the Palestinian masses that we will always be at the heart of the battle and the vanguard of the ranks.

3) In this context, we announce the involvement of the comrade prisoners in the strike: Kamil Abu Hanish, Hekmat Abdel-Jalil, Hisham Kaabi, Nidal Daghlis, Marcel Shtayyeh from Nablus, Khaled Halabi from Jerusalem, Mahmoud Abu Saba from Ramallah, Samer al-Qaisi from Dheisheh camp in Bethlehem. These are from the same group that were attacked and suppressed in Section 1 of Ramon prison a few days ago amid the burning of the section. In addition, the leader of the PFLP prison branch, Wael Jaghoub, announced that he will begin the battle of dignity early, two days ago.

4) We call upon the masses of our people inside Palestine and in the diaspora to support the prisoners’ movement in the Battle of Karameh 2. This battle must be a national and popular struggle that brings all to the fields of confrontation, anger and engagement with the occupation, emphasizing our collective unity in this decision to engage in the Battle of Dignity.

We are certain of victory!

Popular Front for the Liberation of Palestine inside the occupation prisons
April 8, 2019