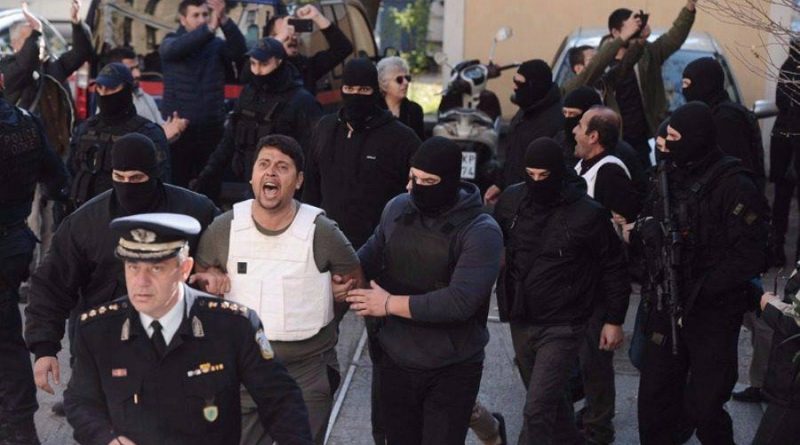 9 Revolutionaries from Turkey were detained by the Greek government on the morning of November the 28th in Greece. With the lie that they were preparing the assassination against Recep Tayyip Erdoğan, the pictures of torture against the detained revolutionaries began to be published in the media.

SYRIZA, who has turned the protests of the people against the impositions of the EU in Greece, has showed its Bourgeois character in a short time and has not kept any of its promises from the since the moment they came into power. The ”communist” chairman who is kneeling at the issue of EU depts, is showing every type of aggression when it comes to revolutionaries. It has shown that it wants to please Turkish fascism by showing it’s hostility to revolutionaries by conducting a fuss with the DHKP-C operation.

The last operation shows us that the only hope for the peoples is us, the Marxist-Leninists, and everywhere we are there is hope! The torture that is done during the arrests shows the it effort to please imperialism.

The Bourgoiesie is hostile against the revolutionaries everywhere in the world, because it knows that its end is close. The operation conducted yesterday is the way of the Greek state to please AKP fascism and to soften the growing anger of the Greek-Turkish peoples against oppression. Those who tried to make the Turkish and Greek peoples enemies against each other, have today tortured revolutionaries to sign their collaboration and to salute fascism.

One of the reasons for all these tortures is also to soften the anger of the Greek peoples against the Greek state. This attack is a product of the fear created by the ongoing protests that have been done for months in front of the consulate for Nuriye and Semih. The Greek state is seeing their own end with the existence of the revolutionaries from Turkey and the growing Anti-Imperialist struggle. Imperialism ordered, its collaborators raced to attack the revolutionaries. The operations that have happened in Turkey and afterwards in Greece are signs of the helplesness of imperialism. We are not going to bow down to imperialism! In our country and everywhere we are, we are going to continue to resist against fascism and the puppets of imperialism, and we are going to raise the banner of socialism to the top! You cannot confict the revolutionaries with operations, you cannot take away the weapon of resisting from the hands of the peoples!

Being A Revolutionary Is Not A Crime!

The Greek State Has To End Its Collaboration With Turkish Fascism!

Down With Fascism, Long Live Our Struggle!