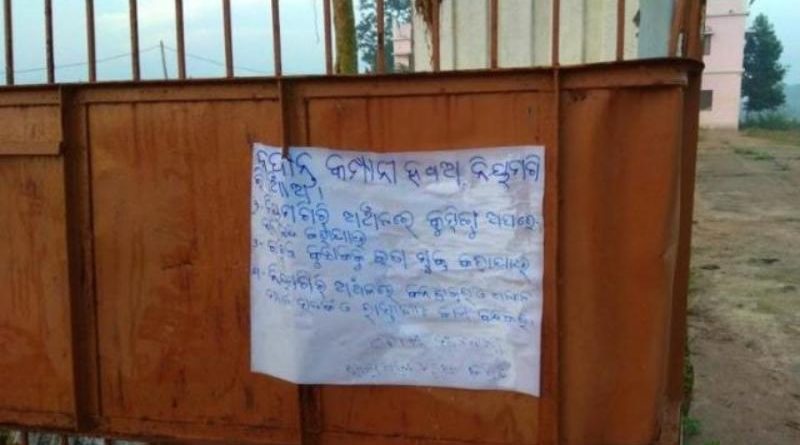 The CPI(maoist) leader of Rayagada Area Committee is suspected to have put up two posters on premises of the office asking to stop the combing operation at Niyamgiri area.

Through the posters, the Maoists have threatened three persons – Suresh Kumar Bal, Ajit Padhi and Raju Gouda – who are working with the intelligence against Maoists.