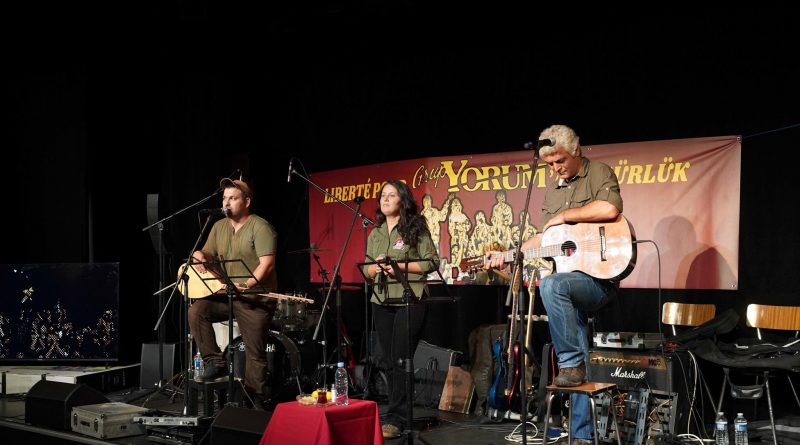 On Sunday evening October 29, exiled members of Grup Yorum in France organized a concert to support the current hunger strike of Yorum members imprisoned in Turkey, many of whom are on their 137th day of their strike. 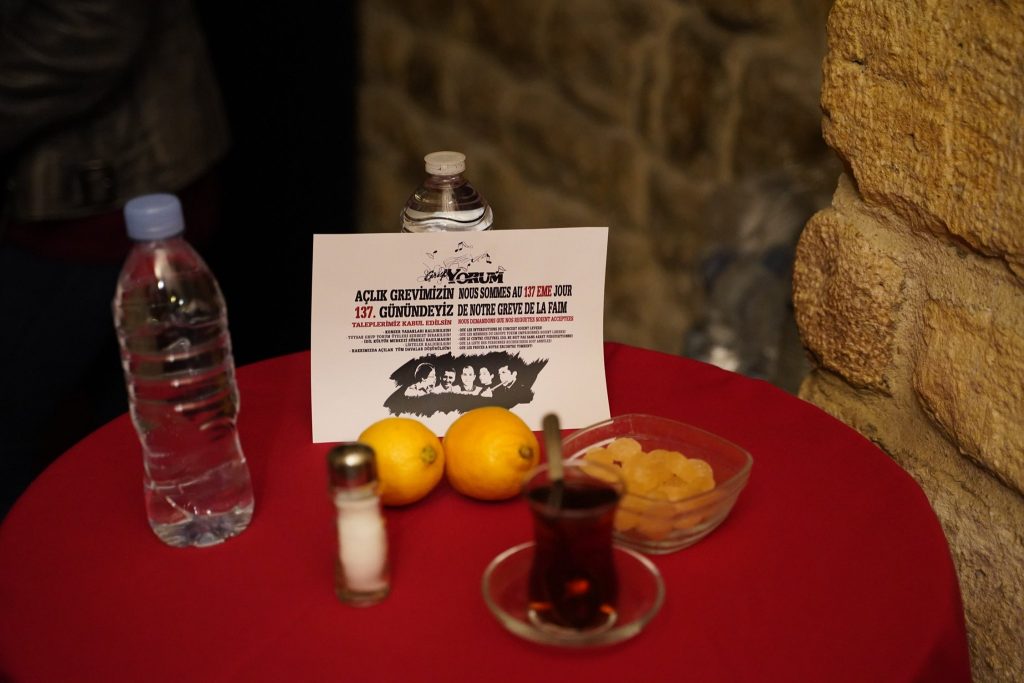 A short documentary was shown about the recent history of Grup Yorum.

Since 2015, the AKP government has banned their concerts because of their political content, wills calls for the oppressed to rise up and struggle. Referred to commonly as the “voice of the people,” Yorum concerts grew in size and scale until 2014, when they played in front of an audience of over one million people. After the government ban of their concerts in the stadiums, the artists moved to the squares to perform. After square performances were banned, they moved to mobile concerts of trucks. After truck performances were banned, they moved to the streets and even the rooftops in revolutionary neighborhoods. Yorum members are constantly harassed, arrested and beaten and their instruments constantly destroyed by the State

After playing some of their well-known songs, Yorum singers invited other artists to perform in solidarity with the hunger strikers. More than 20 artists from all over the world, including Turkey, France and Latin America performed throughout the night. At the front of the stage was a table on which was placed water, tea, sugar, salt and a lemon – the only sustenance the activists take during their hunger strike.

The concert was concluded by a rousing performance of all artists of “Bella Ciao.”