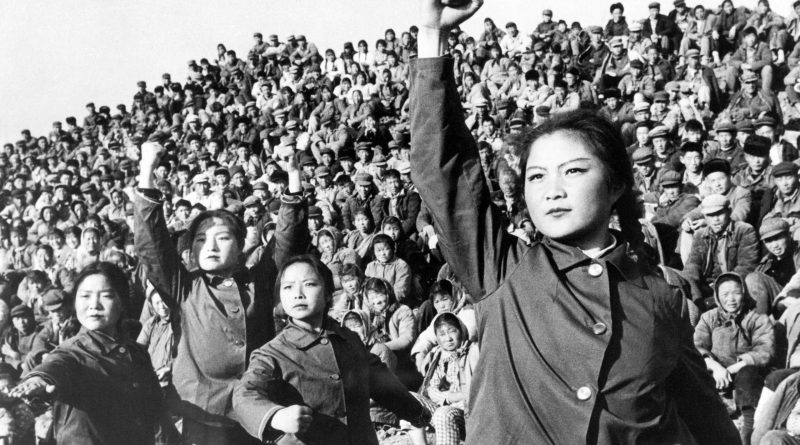 The Communist Party of the Philippines (CPP) joins the proletariat across the world in marking today the 70th year of the 1949 victory of the Chinese revolution. Seventy years ago to this day, Mao Zedong, Chairman of the Communist Party of China (CPC) declared the establishment of the People’s Republic of China. Today, the CPP celebrates the victories of the new democratic and socialist revolution in China from 1949-1976. At the same time, it denounces the bourgeoisification of the CPC since 1976 under revisionist betrayal of the proletariat resulting in the restoration of capitalism in China and leading to the emergence of China as an imperialist power causing grave hardship and oppression to the workers and peasants of China and across the world.

The CPP and the Filipino revolutionary masses have long been inspired by the victories of the Chinese people, especially their valor and glorious victory in their epic protracted people’s war to win national and social liberation against the imperialist powers and their puppet reactionary forces. Equally inspiring are the struggles of the Chinese proletariat and people to carry out and complete land reform (1949-1953) across the vastness of China, as well as their endeavor to wage socialist revolution and build a modern and socialist system from 1953 onwards, and their struggle through cultural revolution (1966-1976) to parry the attempts of the bourgeoisie to seize power within the communist party and state in order to restore the old exploitative and oppressive capitalist system.

The CPP continues to study and draw both positive and negative lessons from the successive people’s democratic and socialist revolutions in China, as well as from the subsequent strategic setbacks suffered by the proletariat and people under the revisionist leadership of Deng Xiaoping (1977-1989) and the retinue of Dengist leadership which led China back to the path of capitalism and eventually monopoly capitalism.

The Party has drawn lessons in waging protracted people’s war in order to build an army from weak and small to big and powerful in order to defeat the imperialist-financed reactionary army. Applying these lessons on the concrete conditions of the country, the CPP has successfully built the New People’s Army (NPA) with a few scores of guerrilla forces in 1969 to a nationwide army of several thousand Red fighters highly-skilled in waging guerrilla warfare. Under the leadership of the CPP, democratic people’s power has been built at the village and higher levels, serving as foundations of the People’s Democratic Government (PDG). The CPP has also successfully established the National Democratic Front of the Philippines (NDFP) tasked to unite the Filipino people and represent the PDG until its nationwide establishment. Two governments now exist side by side in the Philippines, one more powerful but moribund and reactionary, and the other, now less powerful but increasingly strong and vibrant revolutionary state.

The brilliant victories in transforming China from a backward country to a modern and progressive socialist system inspire the CPP and the Filipino people to determinedly wage revolution in order to end the semicolonial and semifeudal system which has brought grave sufferings to the broad masses of workers, peasants and semiproletariat, and hardships to the petty and national bourgeoisie. Taking agriculture as foundation and industry as the leading factor, China embarked on its first Five Year Program in 1953. The Chinese people heroically unleashed their full power to change the landscape of China. In a few years time, they developed basic industries with steel as the most important branch, built roads, bridges, dams and irrigation facilities, modern agricultural machineries, as well as other machines for mass commodity production. By 1958, China surpassed the most advanced capitalist countries in different fields of industry, as well as in grain production. It was able to produce enough to feed and cloth hundreds of millions of Chinese. Public education and health services were provided free.

The Chinese people became masters of their socialist destiny. Workers became managers of production and carried out scientific experiment and research to improve production. The masses carried out the collectivization of agriculture and built communes where they integrated socialist industry and agriculture, built hospitals and schools, provided food in public kitchens, and provided other services to address the needs of the people and contribute to the overall effort to build socialism. They extended their hand of international proletarian solidarity across the world.

These victories in socialist revolution and construction steeled the determination of the Chinese people to wage even bigger political and economic struggles. For ten years, they waged the great proletarian cultural revolution as a mass democratic undertaking to oppose the ideas and policies which sought to weaken their socialist resolve and cause them to bring down their revolutionary guards.

The CPP considers Mao’s theory of continuing revolution under proletarian dictatorship to consolidate the victories of socialism and prevent the restoration of capitalism, as one of the key contributions to the treasure trove of Marxism-Leninism. This was proven positively by the Chinese people in their ten-year cultural revolution during which China continued to advance and build socialism, and negatively by the subsequent seizure of political power by the revisionist leading to the reversal of socialist policies, and the restoration of capitalism in China. This theory will serve to guide the practice of socialist revolution and construction in the future.

Four decades have passed since the setbacks suffered by the revolutionary proletariat in China. During these years, the masses of workers and peasants suffered from massive capitalist dispossession, their communes and collective farms broken up, their democratic power taken away by the bourgeois state managers, the public schools dismantled to favor private institutions, and other social ills that commonly plague capitalist societies. Bureaucrat capitalists emerged and thrived under the system of state monopoly capitalism, appropriating for themselves the wealth produced by the proletariat and people through years of socialist revolution.

Today, China is one of the leading imperialist powers in the world. It is engaged in export of capital in the form of onerous loans and capital investments. It is engaged in accumulating new spheres of investment and influence and claiming territories for itself. It has built military bases in Africa and in the South China Sea. It is accelerating its production of new aircraft carriers and modern weaponry in preparation for new inter-imperialist wars to redivide the world among themselves as they face extended global capitalist depression.

Long live the 1949 victory of the Chinese people’s revolution! Raise high the banner of Marxism-Leninism-Maoism! Wage national democratic and socialist revolution across the world!