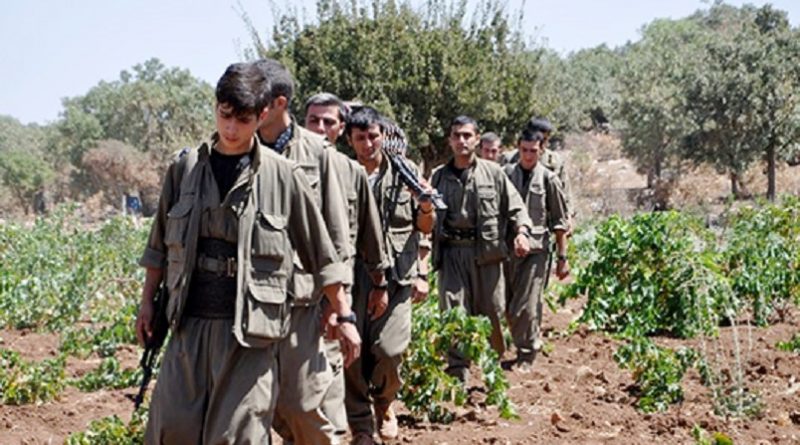 HPG Press Office released a statement providing details of the most recent actions carried out by guerrillas to mark the August 15 Initiative, first PKK actions in Eruh and Şemdinli, and respond to the aggravated isolation of Kurdish People’s Leader Abdullah Öcalan.

HPG reported that guerrillas conducted a comprehensive action targeting the Traffic Regional Directorate in the Amed-Bismil-Çınar triangle area at 13:10 on August 15. Accordingly, guerrillas hit the Directorate building with arms before detonating a bomb-laden vehicle near the outpost.

Three watch towers, one armored vehicle, 4 police vehicles and a large part of the building were damaged and rendered unusable as a result of the action which left 28 police dead. The casualties were taken to hospitals with more than 20 ambulances and helicopters. HPG said they have been informed that one civilian who was in a nearby petrol station also died as a result of the blast. The action was carried out to mark the 32nd anniversary of August 15 Initiative and in response to the aggravated isolation of Öcalan

Within the scope of the Martyr Andok Êriş Revolutionary Initiative to mark August 15, guerrillas conducted another comprehensive action targeting the Turkish military units deployed on Hill Guhêgur in Kağızman district of Kars at 18:50 on August 15.

Guerrillas infiltrated into the area of Turkish units from two sides. The first guerrilla unit destroyed three emplacements and hit the soldiers in tents set up in the area and the tower near the tents, which left 14 soldiers dead.

The second unit of guerrillas hit another emplacement, as a result of which 8 soldiers were killed and two A-4 weapons were destroyed.

HPG concluded that 22 soldiers were killed and many others were wounded in the action which was carried out in memory of the martyrs Rızgar Karker, Dara Kato, Ararat Serhed, Şahin Cilo and others that fell alongside them.

ONE SOLDIER KILLED IN HANİ

At 17:00 on August 16, guerrillas conducted assassination actions targeting the Hêgasor outpost in Amed’s Hani district. One soldier was killed and one other was wounded during the action, after which troops in the outpost shelled the surrounding areas at random.

Guerrillas hit and destroyed two base stations in Dilkiyan village of Adıyaman province at 20:30 on August 16.

In the afternoon of August 15, guerrillas hit the Rubarok outpost in Hakkari’s Şemzinan (Şemdinli) district with heavy weapons. The number of dead and wounded soldiers couldn’t be clarified.