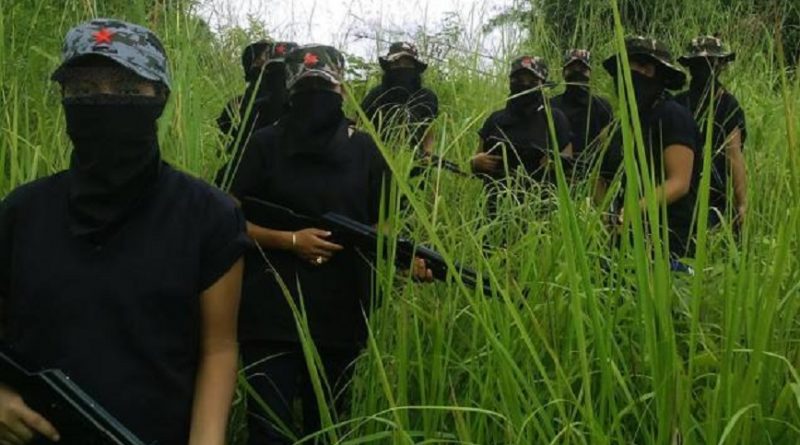 Maoist Communist Party Manipur (MCPM) has completed its formation and liberation struggle for a complete five years with support and love from the people of Manipur in general. Our loving people are extended the Party’s high respect and thankfulness for your trust in the party’s activities and idealogy. With the coming its fifth foundation day of the Party all the Maoist Parties in all over the world are also extended Revolutionary salute with an assurance to bring a new stage in our Revolutionary struggle.

Introduction: The then govt.of Manipur strived to suppress Manipur Forward Youth Front (MAFYF) which had been serving the people of Manipur as a Civil Youth Organisation by waging war upon the group in 2008. Those people who are running forefront with sincerity and sacrifice for the great cause of the people cannot be suppressed was exemplified by the existence of Maoist communist Party Manipur as a new birth of MAFYF at a Revolutionary stage and still running with a firmer stand and objective in cooperation with the people of Manipur strongly. Though the very faith kept in MAFYF cannot be reached in the last five years, yet the formation and development of Revolutionary struggles in everything has been advancing. That the laboriousness and consistency in our efforts will tell the faith of our Nation is firmly believed. Therefore, the struggle of the Party has been enhancing and increasing its forceful blow day by day.

The first stage of the Party : When the Party was about to appear in form and figure in 2011, Our comrade Ngamkholet Baite (Vice President ) was murdered in Tupi hill in Chandel district, Manipur by a reactionary gang party at his own village. In the year 2012 while the military wing of the Party was in formative stage Comrade Ibomcha from Napet village sacrificed his life for our motherland at the hand of Imphal East Commando team. In the beginning of 2013 our leader of New People’s Militia (MPM), comrade Hijam Pritam took his last breath at the hand of a reactionary group in a hill range of Yairipok in Thoubal district. The Party faced a great obstacle in formation of military wings after the death of those brave comrades who were well aware of deep and introspective knowledge of how to organise military wing. Even though the first stage of the initial stage of the formation of the Party was desperately difficult at its zenith that the military group, the New People’s Militia(NPM) could be formed was a great success.

The Second stage of the Party : Once again the Party put full labour to organise military groups in its complete form by collecting new young and dynamic youngsters from our new generations from various quarters in Manipur in 2014 because of Manipur Maoist’s weakness caused by its creation from an open form of organisation. The Party also put much efforts to bring the advancement of the new cadres to make a new unigue feature. With the great success of the formation of the Military wings from the beginning of May, 2015 the aim of the Party to establish a complete unigue feature of the Army groups of the Party was unfulfilled and uncompleted. Sooner or later the completion of the formation of the military wings could be made in the month of September, 2015. Thus the Party ‘s consistent efforts in the first stage and the second stage without regret and discouragement brought the success in its first attack against the reactionary gang who are existing in a sheltering camp at Napet village under the mercy of colonial Indian government in March, 2016. Now the Party has a firm belief of being success in the Revolution of Liberation Movement of bringing an independent and socially equal nation due to its appearance of advanced revolutionary armies in possession of the keen knowledge of military strategies.

Reasons for setback : The two main reasons of the most disadvantages to the complete efforts of the Moist Communist Party Manipur in the last five years can be mentioned as (i)the negative reflection of ideology and definition of the Revolution and its features to the people and (ii) loss of the idea of Liberation struggle to the lives of people who are taking as a major part of the society that became colonised people. Many a persons came to join the Party. Among them many were found to be approaching the Party in the hope of making money as if the Party might have sound financial conditions, and after they were examined minutely for some six months and so the Party kept itself away from them. Some of those who could not bear the obstacles and difficulties in the bad times of the Party’s initial stage of complete formation stayed away from the Party. The main persons who were responsible for organising and promoting the Party became absconders in Lamangdong circle and that led a big communication gap among the comrades of the area which made the Party face a big trouble and risk. Some poundful of persons who were so cowardly but patriotic in the mouth only,were also far away from the Party not daring to confront people’s struggles. In this process of weeding out such rice less grain the laboros effort of making the Party a strong and forceful party became delayed. Now the Party is in possession of deserving skillful comrades in the field of technical warfare and ideological advancements. Thus, the ability and capacity of building a new concrete foundation of our Liberation movement will be empowered.

Revolutionary movement and the new generation : Most of the people of Manipur are dissatisfied in the plan and policies of Colonial government and ready to take part in the Liberation struggle. The people of Manipur have been always in the forefront in every movements of Manipur. Unfortunately, since many right opportunists became the leaders of such movements the new generations stay behind afar. The direct difficulties faced by the people are not looked into and considered by the Revolutionary Parties hence the loss of good relationship between the people and the Parties. The discontentment of the people to the leaders of frontal organisations for their stubbornness,big talks of bourgeoisie nature and their activities gives a big blow as well as a negative impact to the Revolutionary movement. The biggest mistake in its extremity in Revolutionary struggle is inability of bringing the unavoidable ideological principles to the people i. e., there is a big flow to the policy “educating the people ” from the side of the Revolutionary Parties. In brief, The Revolutionary movement cannot be advanced until and unless there are changes in political line, financial policy, cadre policy, mass line and military science etc. The people are still ready to fight for the freedom struggle of Manipur but the Parties and the leaders of the people’s movement are not able to show their faith in them for a true fight.

Advancing features: Following the footprints drawn by comrade Hijam Irabot in the realm of his ideology on bringing a society of equality can be revived and preserved from its lost forms by the Maoist communist party Manipur in Manipur and brought up in the arena of World Revolutionary status. Moreover, the Party can be participating in the World Proletarian Revolution as an international contingent. Gradually the extending sides of Lamlai could have been built up in an advancing stage as a model village of Revolutionary area of the Party. The tactics and strategies of war can be moulded and developed in its completeness. The Party has no any record of forceful demand of monetary assistance or extortion from any individual or organisation or office. Various base areas and sectors,and party organisation of the Party are under construction and expansion in each and every nook and corner of hill and valley areas of Manipur. The Party is recognized as a Party that cannot be compromised, consoled and appeased the truth with money, besides people’s firm belief in the Party has been increasing during this sort span of time. It can be a Party that goes along with the people by facing and tackling various challenging problems and situations of the people with clear conscience and observations in all directions vastly.

Future plan and policies of the Party : It is an obligation for the Party cadres to fight and struggle for the Party and for the people for twenty four hours in a day with a supreme sacrifice and indomitable spirit as a professional and permanent Revolutionary. It is the first and foremost thing for the Party to translate an extraordinary fight of Revolutionary struggle into practice in the eyes of the people vividly and to build up New People’s Guerilla Army with the adequate formation of Political organization and sharpening of Military strategies.Only when the exact and true responsibilities and duties of a Revolutionary Party as a Party of the poor, the peasants and the workers is fulfilled in this critical and crucial juncture of the society as the representatives of the new generation can bring the perfect growth and development of the Liberation movement and a society of equality as well. Our earnest Revolutionary salute is extended to people in general for keeping their precious faith in the Party with this objective.

The Party assures and ensures never to make this faith lose to the people of Manipur and appeals to keep the faith in us forever.