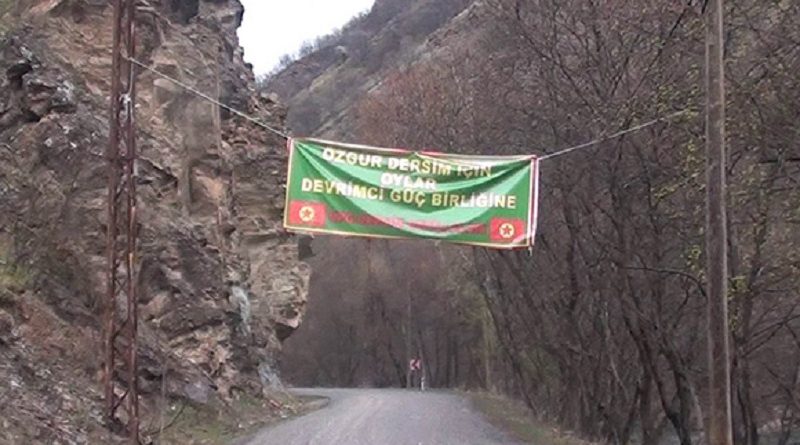 The Governorate of Dersim has banned entry to 31 regions in the city center and Ovacık, Nazımiye and Hozat districts for 6 months.

Those villages are the one’s were the maoist presence is the more strong in the Turkish state. The mayor of Ovacık, known in Turkey as “the communist mayor”, is a member of DHF, a maoist front organisation.

The written statement published on the governorate’s web site says: “According to Article 32/A of the Military Prohibited Zones and Security Zones Act No.2565, 31 regions have been declared “Temporary Military Security Zone” between September 1, 2016 and March 1, 2017 by the Cabinet decree dated 29.08.2016 and numbered 2016/9138.”