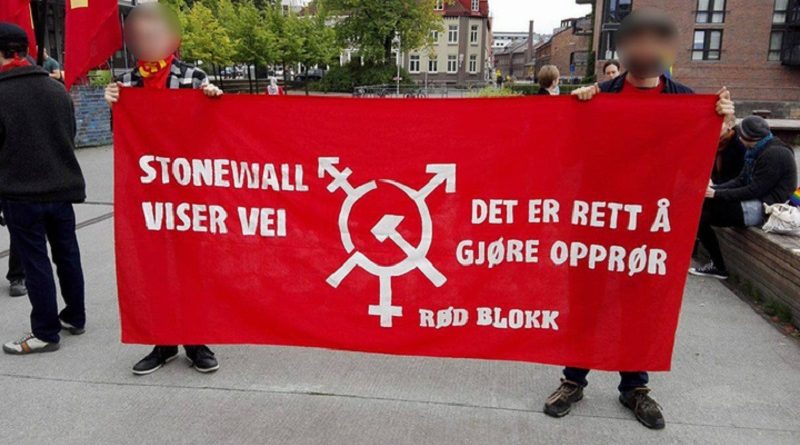 In Trondheim Tjen Folket formed a Red Block during this years Pride-march. With the slogan “Stonewall shows the way – it is right to rebel” the league put focus on that the inspiration for Pride was streetfights against the police in New York in 1969. Trans people of color went forward for a rebellion that showed that LGBTQI people can and will fight for freedom. It showed that it is not suffering that causes people to rise up, but sparks that show it is possible to hit back.

Tjen Folket and friends went in the parade for LGBTQI-power against patriarchy and homophobia – against transphobia and fascism, for full liberation of everyone trough revolution and communism.