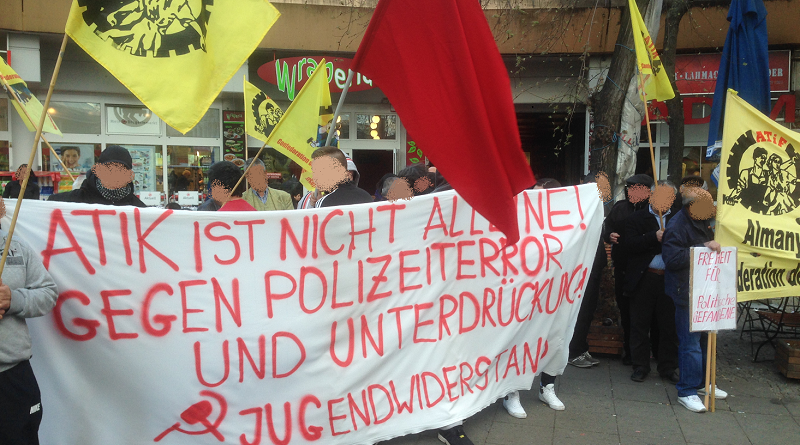 On Friday evening we supported the rally of ATIK together with other solidary people.

It was directed against the attacks on the democratic revolutionary migrant association ATIK and its women’s department Yeni Kadin that took place in Germany, Austria and Switzerland two days ago.
They arrested more than 10 of its members on the basis of §129b which was especially directed against TKP/ML.

Over 50 people protested directly in the heart of Berlin-Kreuzberg at Kottbusser Tor.
Several speeches were delivered, among them ATIK itself, AGIF, MLPD and also our statement “Against police terror and oppression – ATIK is not alone!” has been read out.
Again and again the slogans “Solidarity is called resistance – fight fascism in every country” and “Freedom for all political prisoners” have been chanted and flyers were given to pedestrians and local residents.

This protest is part of a large number of protests and solidarity campaigns which are currently being carried out in European states and Turkey.
We all speak the same language language and condemn together the arbitrary and sneaky repression of the bourgeois states against the workers’ movement!
The ATIK members are not “terrorists” but fighters for workers, women, youth and migrant rights. They are activists for the cause of the people and against imperialism,
exploitation and oppression. And the protests also said quite clearly: We are not intimidated by your repression!

ATIK is not alone! 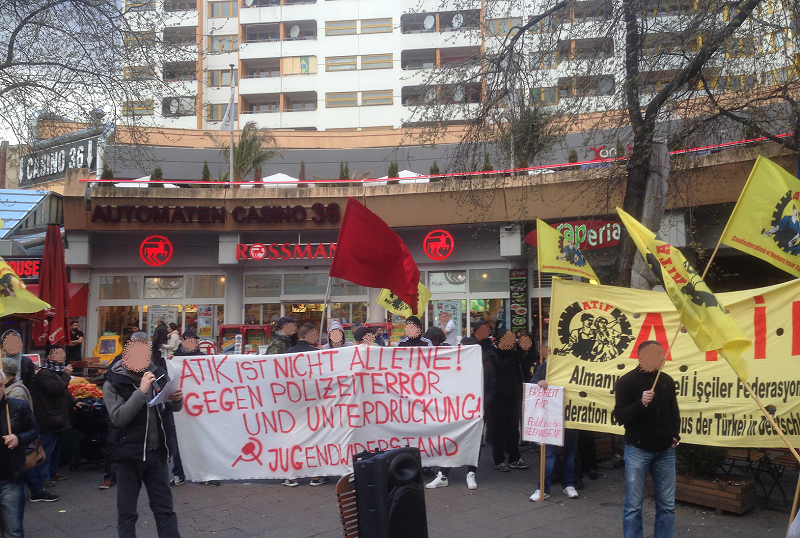 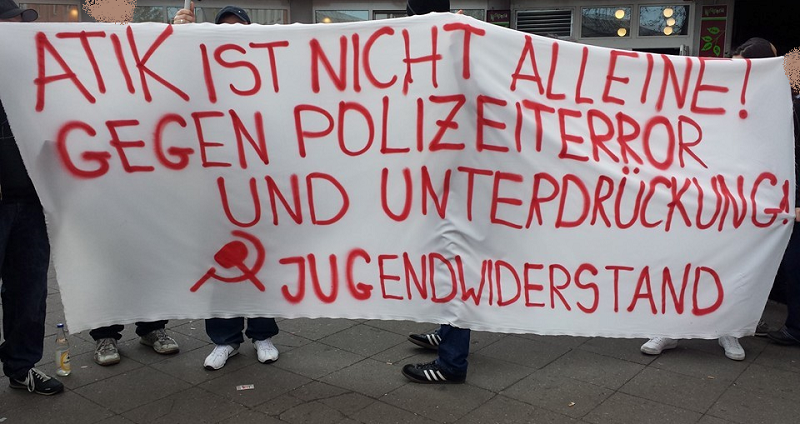 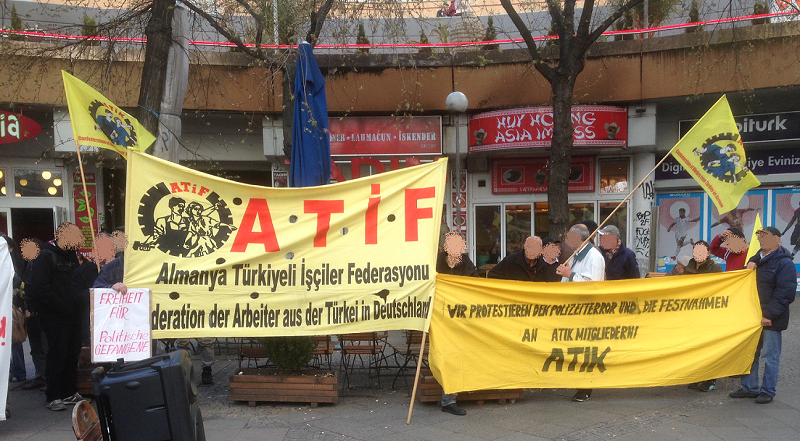