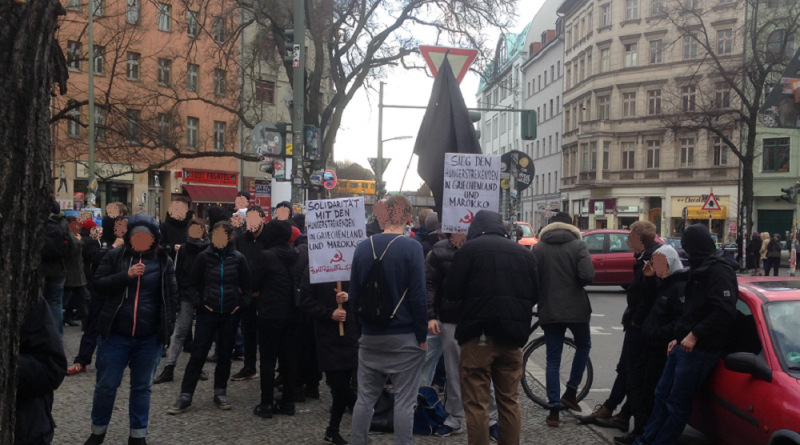 Today, we took part in the solidarity demonstration for Greek political prisoners. A total of about 70 people participated.

In Greece, over 20 activists prisoners have been on hunger strike for legitimate demands for a month. Prisoners of rebellions, prisoners of urban guerrilla organizations, and imprisoned Turkish revolutionaries together refuse food and ask, among other things, for the release of a severely ill comrade, the end of torture in high-security prisons which follows the Stammheim model, and against the anti-terror laws aimed at repressing mass protests across the country.

We brought a placard to support the Moroccan comrades’ hunger strike and distributed a few dozen leaflets, thus establishing a connection between the Greek and Moroccan struggles. The Maoist students, imprisoned in Morocco, are on hunger strike to demand, among other things, an end to the oppressive measures against them, for correct medical treatment in prison and for the release of all political prisoners. The bottom of our leaflet reads:

“We support the fight of all rebels, revolutionaries and communists who have been captured by the enemy! Let the jails be transformed into strongholds of resistance! Victory for the hunger strikers in Greece and Morocco!” 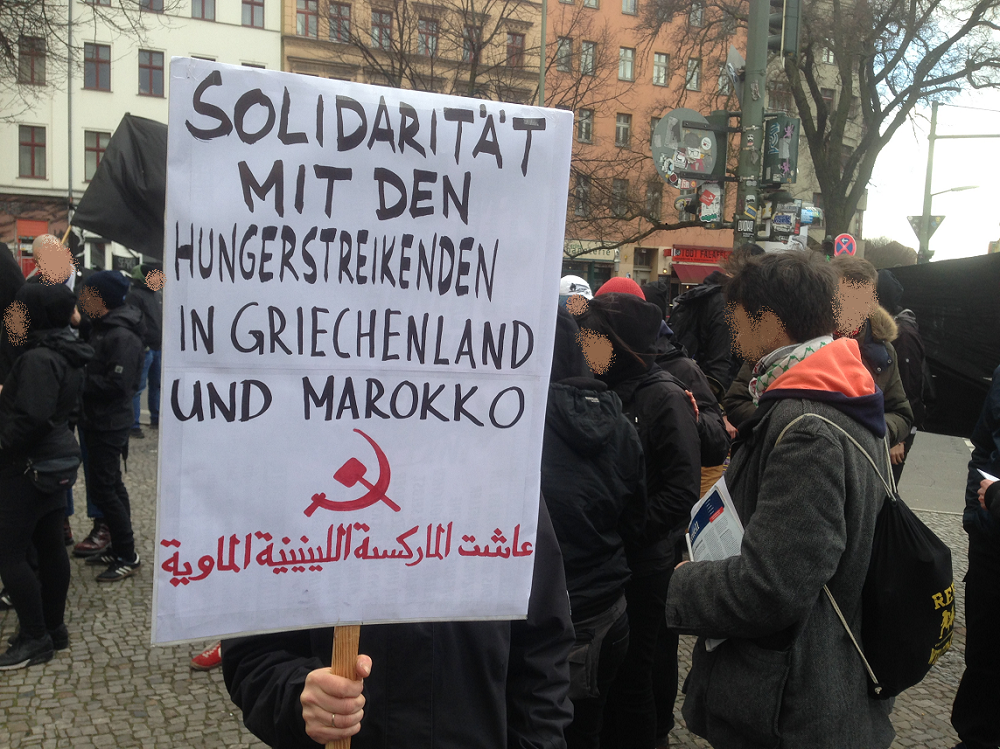 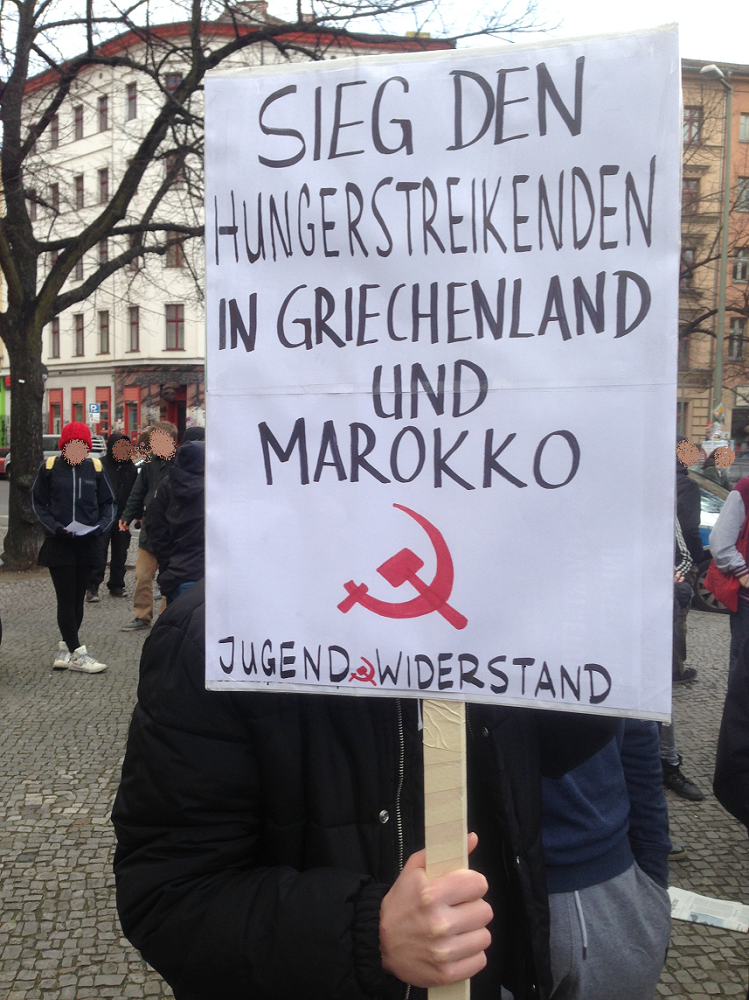 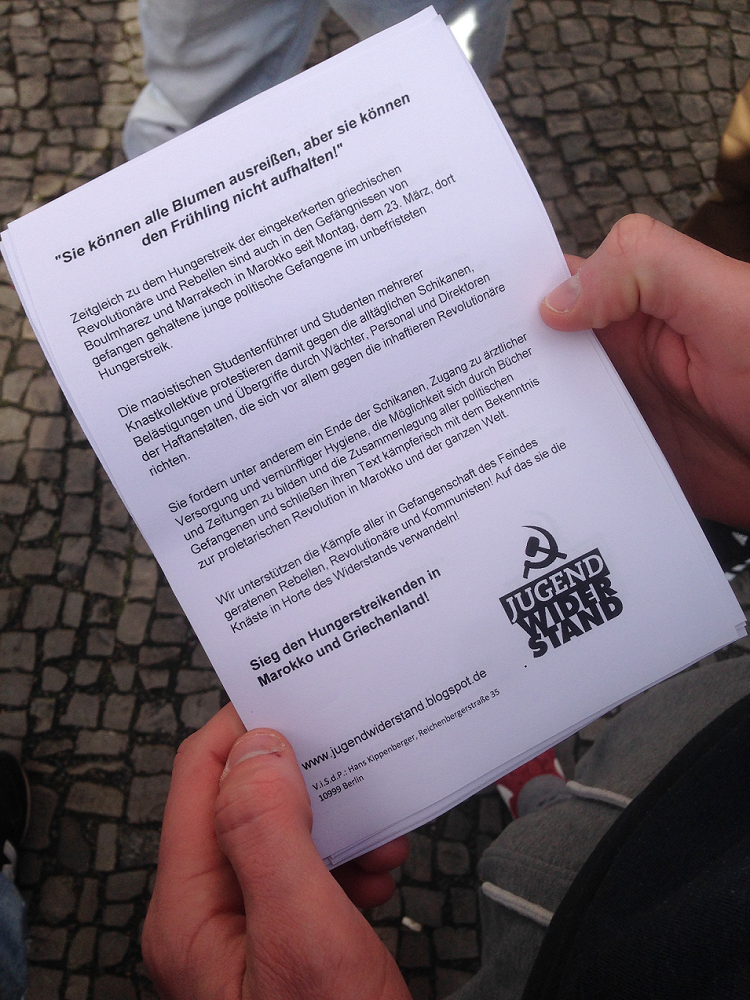