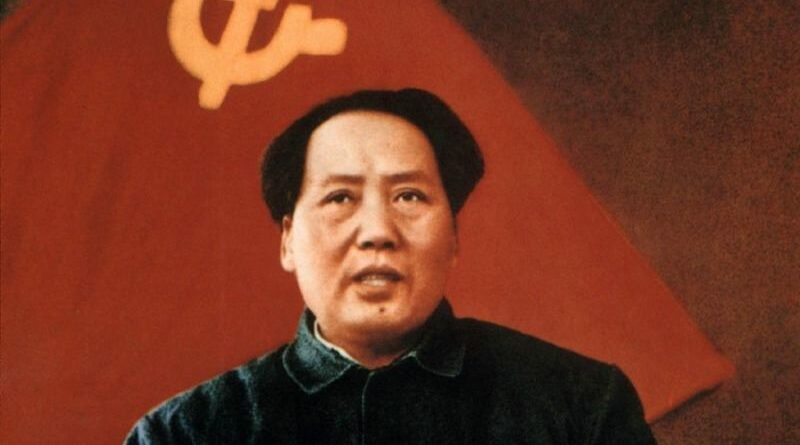 The Filipino working class joins the Chinese proletariat and people in commemorating the 100th anniversary of the once great and correct Communist Party of China (CPC) by reaffirming our adherence to Marxism-Leninism-Maoism and the necessity of waging socialist revolution to end all forms of exploitation and oppression, and rejecting modern revisionism and the restoration of capitalism in China.

On the occasion of the CPC’s centennial, we recall the victories of the CPC in new democratic and socialist revolutions up to 1976 under the leadership of Mao Zedong and expose the grave conditions of the workers and peasants since the leadership of the CPC was seized by the modern revisionists who transformed the CPC to a party of the big bourgeoisie and state monopoly capitalists.

In its first 55 years, the CPC chartered the correct path of new democratic revolution, led the working class, built the worker-peasant alliance and unified the Chinese people, waged protracted people’s war and successfully led the Chinese people to victory in 1949 in which China attained liberation from imperialist domination and overthrew the semicolonial and semifeudal state of big landlords and big bourgeois compradors.

The correct CPC established the people’s democratic government under proletarian leadership, completed land reform in around five years. It proceeded to step by step socialist transformation of agriculture through collectivization of production and the establishment of communes under which land was placed under collective ownership and surplus wealth was collectively administered to invest in comprehensive economic development and ensuring the people’s social needs.

Starting the late 1950s, the CPC proceeded from the basic socialization of the economy and led the Chinese people in strengthening the country’s industrial foundation and eliminate unemployment. In the Great Leap Forward, the central state led in building the heavy industries while light industrial production was established through decentralized efforts of regional state organs and communes. The peasant masses acted in their millions as a giant machine carving and changing the face of the Chinese countryside, and raising production through collective work combined with science and technological innovation. The people’s standards of living rose as the state expanded health, education, social and economic services, overcoming disease, malnutrition and illiteracy. Up to the 1970s, China achieved unprecedented advances in industry and manufacturing, producing machinery and other capital goods, as well as consumer goods for the people.

All throughout the period of socialist construction, the CPC undertook socialist education and cultural revolution to further raise the class consciousness of workers and expand democracy in order to transform relations of production, raise production and revolutionize the superstructure, especially during the Great Proletarian Cultural Revolution. Workers were mobilized to collectively lead and improve the work in factories through revolutionary committees combining the Party cadres, the mass organizations and the technical experts.

The Party led campaigns to eliminate bureaucratic corruption and waste by raising the socialist resolve and vigilance of workers and getting them involved in the affairs of the state. By integrating with industry and agriculture, science and education achieved important breakthroughs in research and innovation to raise production. A new revolutionary culture extolling the heroism of the people was developed and promoted. Led by Chairman Mao, the CPC and the Chinese people strengthened and consolidated the dictatorship of the proletariat and fought hard against modern revisionism and attempts to reverse the victories of the proletariat and people. It promoted proletarian internationalism and extended support for anti-imperialist struggles around the world.

For ten years from 1966, the Chinese proletariat and people waged the Great Proletarian Cultural Revolution in a vigorous struggle to defeat the attempts of the modern revisionists to seize the leadership of the CPC and upturn the victories of the socialist revolution. It proved the correctness of Mao’s theory of continuing revolution under proletarian dictatorship by waging cultural revolutions to fight modern revisionism, consolidate and advance socialism and prevent the restoration of capitalism.

The modern revisionists led by Deng Xiaoping took advantage of the weaknesses and shortcomings of the GPCR by splitting the Left and colluding with the Centrists to mount a counterrevolutionary coup after the death of Mao in 1976. They carried out the arrest and imprisonment or assassination of the stalwarts of Maoism and the GPCR. Key leaders of the modern revisionist including Liu Shaoqi were rehabilitated and placed in key positions. From 1976 onwards, the CPC would degenerate and would be completely transformed and dominated by the state capitalists and their private capitalist collaborators.

In the guise of building “socialism with Chinese characteristics,” the modern revisionists dismantled the communes and the agricultural collectives, forced the majority of peasants to fend for themselves in their small individual farm lots leading to loss of land, mass hunger and poverty.

In the name of efficiency, workers were disempowered and forced back to wage slavery and return to being mere cogs in the capitalist machinery. Decision-making concerning the running of state-owned factory became the exclusive prerogative of “cadres” and managers who exercised the right to fire workers, impose quotas or give bonuses. Chinese workers are made to toil under severe conditions of factory discipline where they are not allowed to organize genuine unions and prohibited from conducting strikes.

The dictatorship of the proletariat was dismantled and replaced with the dictatorship of the state monopoly bourgeoisie. The state capitalists, both government bureaucrats and high CPC functionaries, took over the social wealth created during the period of socialist construction and used this as capital for private capital accumulation. They collaborated with the US imperialists and other foreign monopoly capitalists to subject Chinese workers to extremely low wages and gross forms of exploitation in assembly-line factories in export processing zones, feed the giant capitalist state-owned corporations, expand the capitalist economy, develop technology and the means of production, and cause the worsening of the global crisis of capitalist overproduction.

Since the Dengist counterrevolutionary coup of 1976, all CPC cadres and members who supported the GPCR and the proletarian-socialist line of Comrade Mao have been removed from the CPC. The supporters of the biggest revisionist and capitalist-roaders Liu and Deng usurped leadership at every level. The state and private capitalists have been allowed to become CPC cadres and members since 1978. Thus, it is only a matter of time that the monopoly bourgeoisie in China will throw away the communist flag and abandon their socialist and communist pretensions, especially when the genuine communists reassert correct leadership and gain the support of the proletariat and people.

The monopoly capitalists at the helm of state-owned corporations and favored private corporations continue to accumulate bigger and bigger wealth in collusion with foreign big capitalists. From 388 last year, there are now 626 Chinese billionaires with $2.5 trillion between them, inching up to the United States’ 724. Of the 2000 biggest corporations in the world, 291 are Chinese, second only to the US with 591, and more than Japan. The biggest Chinese banks (the Industrial and Commercial Bank of China, the China Construction Bank, the Agricultural Bank of China and the Bank of China) are the biggest corporations in the world in terms of assets.

The state monopoly bourgeoisie expanded the Chinese economy to the detriment of the workers and peasants. There is massive unemployment of workers and economic displacement of peasants in the countryside. The urban slums have expanded tremendously. Education, health and social services are increasingly being privatized.

The CPC has abandoned the international proletarian cause. Instead, it is now engaged in export of capital, international usury and debt traps for underdeveloped countries and expansion of international spheres of investment and influence, overseas deployment of military forces and armed aggression beyond its territory. It uses finance capital to influence and direct the economic policy and control resources of smaller countries. It has trampled on Philippine sovereignty by constructing artificial islands in the territorial waters and exclusive economic zone of the country to erect military facilities and claim marine and mineral resources.

Mao’s criticism of the Soviet Union in the late 1950s as a social imperialist–socialist in words, imperialist in deeds–can now be applied to China and the CPC itself. Despite the rhetoric of “socialism,” China has become a brazen imperialist power aiming to impose its ultranational aims on smaller and weaker countries, exploit cheap labor and plunder their raw materials to feed its giant industrial machine, and accumulate superprofits. It is engaged in rivalry with the US in the quest to divide the world to its favor.

Around the world, workers and people are waging various forms of struggle amid the insoluble crisis of the global capitalist system. Proletarian revolutionary forces are ever determined to build the communist parties as the advanced detachment of the proletariat in order to provide leadership in the upcoming new era of global resurgence of socialist and new democratic revolutions.

Just as in the rest of the world, the conditions in China are ever favorable to rouse the Chinese workers and peasants to wage revolutionary struggles. Chinese proletarian revolutionaries are bound to reestablish or build a new communist party based on Marxism-Leninism-Maoism and lead the Chinese working class and toiling people back to the path of socialist revolution and proletarian internationalism.

Commemorate the centennial of the once great Communist Party of China!

Recall the revolutionary deeds of the CPC and renounce its turn to modern revisionism and restoration of capitalism!

Strengthen the communist parties and bring about the resurgence of the socialist and new democratic revolutions!