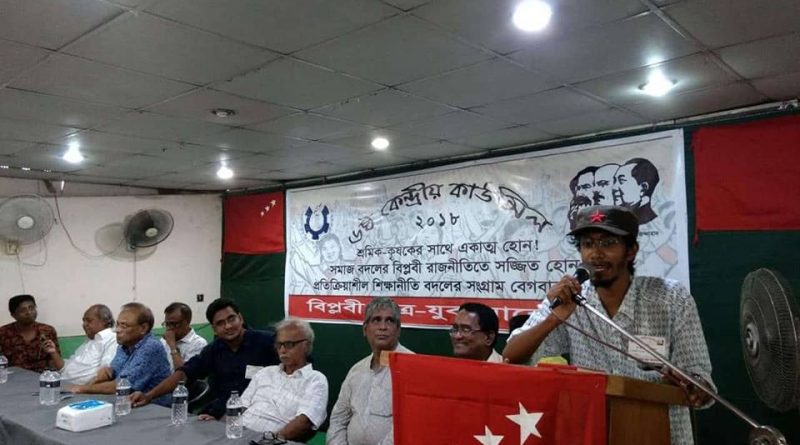 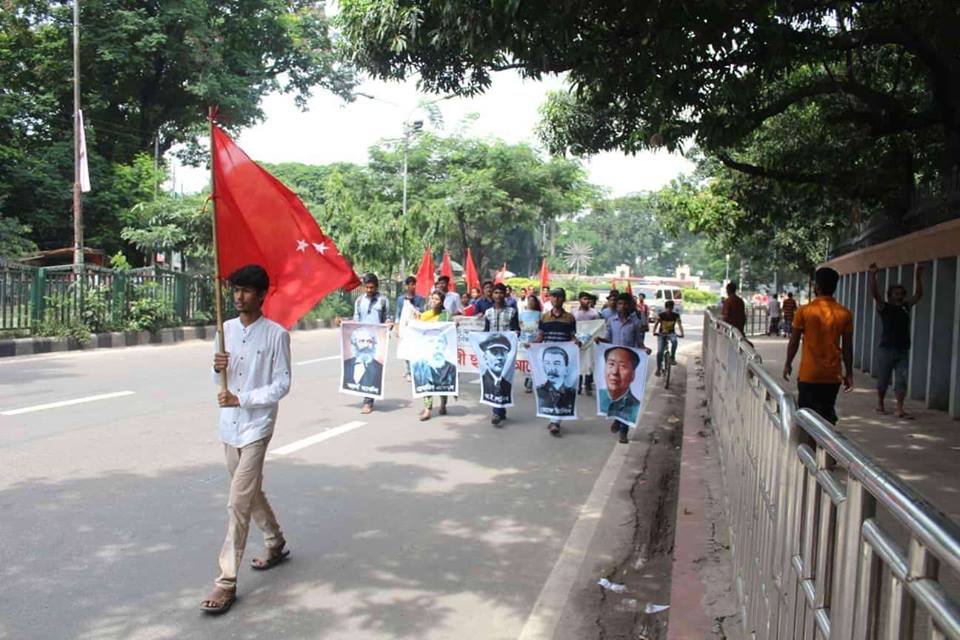 Council Preparatory Committee coordinator Comrade Biplab Bhattacharya chaired the opening session of the Council. After the inaugural speech of Comrade Jafor Hossain, the chair person came to the stage with the invited guests. In the speech, the chair person offer condolences in memory of martyrs of revolutionary and progressive movement around the world and the Council House commemorated the martyrs with one minute silence. Later, a discussion meeting started after the respect to the martyrs with flowers at the temporary Shaheed Bedi under the leadership of the chair person. The former leaders of the Revolutionary Student-Youth Movement, Progressive Intellectuals and comrades of the brotherly organizations participate in the discussion.

After the successful completion of the first session, the second session began at 3pm.

Initially, the Council Preparatory Committee coordinator Comrade Biplab Bhattacharya dissolved the previous temporary National Committee. Then the three elected Presidium Councils were elected. Before the Council, four draft documents were presented to all the representatives, observers. Some of these comrades had already given the written opinion.

In that four draft documents presented to the Council, the proposal of addendum and amendment of the Declaration and Programs is discussed first. In the discussion, comrades kept their own important opinion / debate. The council accepted the document including some new additions. 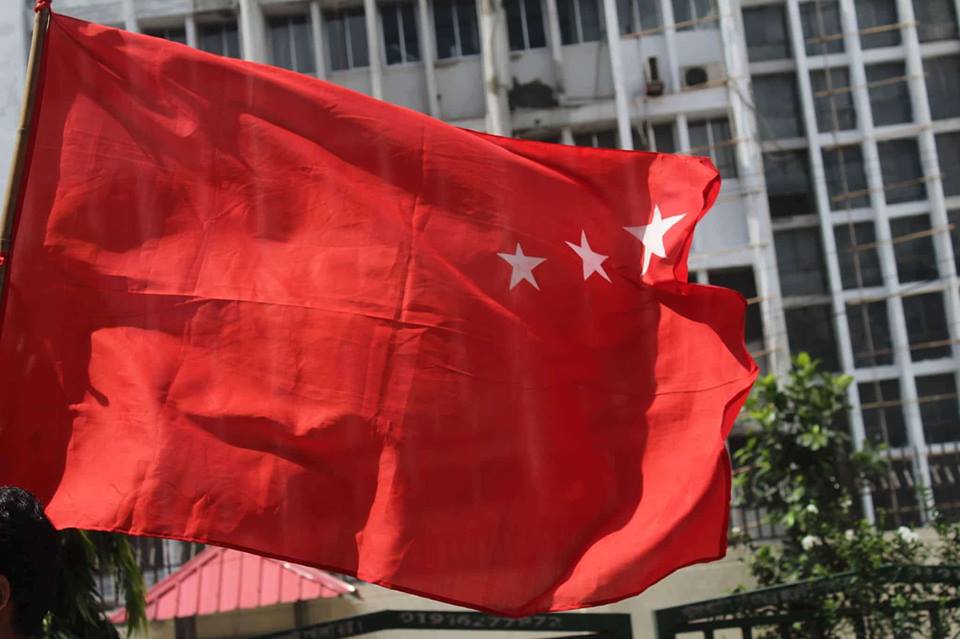 The National Committee was formed in the second phase of the Council’s second session. A draft panel with the evaluation on behalf of the previous National Committee was submitted to the Council House. The representative and observer comrades kept their valuable views. Although there was a great deal of debate over the proposal of including two new comrades in the panel, it was not passed by voters. At last, the council elected National Committee of 13 members with Comrade Atif Anik as President.

The members of the new National Committee pledge to propagate the Marxism-Leninism-Maoism campaign further to the students and youths of Bangladesh in the future.

The new National Committee thanked all the comrades and friends who have assisted them in successfully completing the council. The council is successfully finished. The new committee said this council will play a historical role in the current situation of Bangladesh.