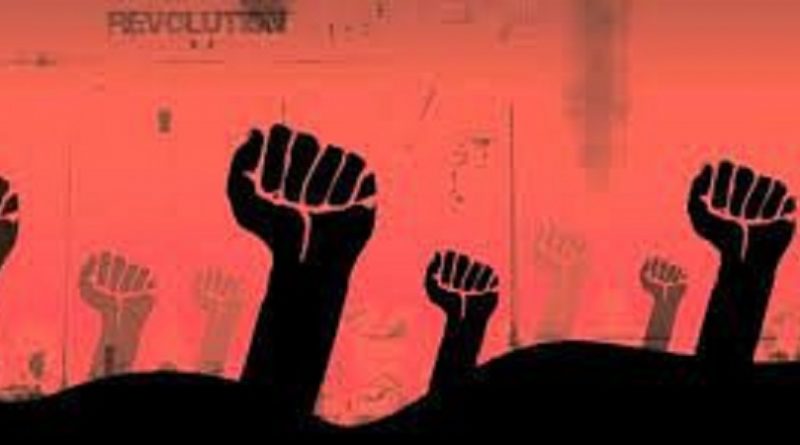 Editor’s Note: An article about people’s power has come to us from a colleague of the AIT, which has been a subject of debate among those who work to build a class organization of workers.

For our part, we do not share the political conclusions of this colleague, because fundamentally, to confuse organization with popular power, is to consider the possibility of speaking of power without having made the revolution, without initiating the sweeping away of social relations of exploitation and the exploiting classes. From there, one is only one step away from considering the revolution to be unnecessary.

As a people’s newspaper, we assume the role of a tribune between the people and organizations that fight, and in this sense we publish the reflections of the colleague in full.

We also call for taking a position and entering the debate, in the spirit of advancing in political positions. Assuming that the struggle of two lines and the contradictions in this case are in the bosom of the people.

When we speak of popular power we are referring, as some authors who have reflected on the subject, including Acha, Campione, Casas, Mazzeo, Rodriguez, among others, do, to a process through which the working class, in the “territories” where its concrete life goes on, transforms them into spaces that endows itself with a social power antagonistic to the power of the ruling class, the bourgeoisie. This makes this a liberating power that allows to gain positions within the scenario of the class struggle, to modify the provision of power and the correlation of forces between proletarians and bourgeois, and on the other hand to advance in the consolidation of a counter-hegemonic camp.

It therefore revolves around spaces of social anticipation, and politics where “the dreamy, but possible” is built and lived. People’s power is also to assume the potential of liberation of the forces of the workers and the people, it is to build in the concrete reality of the class a new power, which generates a force that allows for confronting the bourgeois power.

Popular Power is legitimately exercised and expressed through all the organized means of popular participation and political leadership of the working class; its exercise is direct and sovereign through various political instruments that the class generates, from the Soviets of workers, peasants and soldiers in Russia, the Open and Closed People’s Committees in Peru, to the Communal Commands and Industrial Belts in Chile, are part of the experience of the working class on a world scale, where power has fallen into the hands of the proletariat.

Popular power is not “grabbable” or “edible”, it is a political relationship and not an object; popular power is made, is built among many and many, in the same way and dialectically as the working class is being built, becoming aware of its material life, organizing itself through action and practice to transform concrete reality.

Popular power is a prolonged and robust construction of the organization of the popular masses, and at the same time, it is the disorganization of the forces of the enemy, the loss of their power, their organizations and institutions; However, it is not through Popular Power that we will reach classless society, the conquest of communism will be through the dictatorship of the proletariat, through socialism.

Popular power, moreover, is the configuration and expansion of a vision of the world accompanied by the formation of organic intellectuals of the class, as Gramsci puts it, who aspire to destroy the old order and build the new society. These intellectuals must place themselves at the service of the people in their various constructions, generating a praxis that accompanies the generation of power, in a permanent dialectic process of proletarianization and intellectual production, at the service of the project of building a new society. This new society will be without exploited or exploiters and will allow the maximum earthly happiness possible: in a word, that new society for which we fight is a communist society.

An important point has to do with the class component that the construction of people’s power must have and, on the other hand, the centrality that workers as a class must have who daily live the capital / labor contradiction. People’s power is not, nor should be multi-class, it is rather a tactical bet of the revolutionary sectors, which through this way accumulate social forces for the construction of socialism and at the same time weaken the capitalist state under the Leninist thesis of dual power.

On the other hand, and of vital importance, is the reflection on the political-military capacity that popular power must have. Here the need for the revolutionary party to visualize, design and conduct the confrontation between the working class and the bourgeois power and its repressive structures is clearly evident. We understand that the installation of this theme in the fights and constructions of the people in the present to be a qualitative development in the conditions of struggle.

The popular power should be a space of real socialism, concrete, anticipatory of the new social order, at the same time and at the same time as a space for the construction of the man and the new woman to which Commander Guevara summons us, embryos of socialism in the capitalist society and lights of the new social relations, of production and distribution, where the superior development will be during the dictatorship of the proletariat and its climax in communism.

“The emancipation of workers will be the work of the workers themselves.” -Karl Marx.