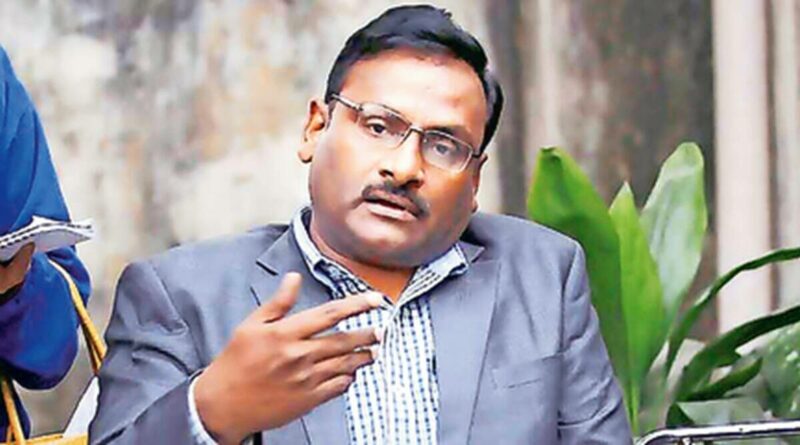 New Delhi, October 19, 2022: On Friday, October 14, the Bombay High Court (Nagpur Bench) held the trial convicting G N Saibaba, Mahesh Tirki, Hem Mishra, Prashant Sanglikar, Vijay Tirki (on bail), and Pandu Narote (died during pendency of appeal due to ill-health) under the provisions of the Unlawful Activities (Prevention) Act (UAPA) for having links with CPI (Maoist), to be null and void and ordered their release. Within hours, the Maharashtra government, through the Solicitor General, moved the Supreme Court, seeking immediate stay on release, and requesting an early hearing of their challenge against the discharge. In his oral submissions, Tushar Mehta submitted that no prejudice would be caused to the accused if their term in prison was to be extended in the meantime, with complete disregard to what even an additional day in prison might mean for someone like G N Saibaba who is 90 per cent disabled and wheelchair bound, suffering from multiple ailments and struggling to get by without proper care in the prison system. However, as per Mehta, the urgency of the matter lay in the fact that the High Court had ordered the release of the accused without going into merits, only based on procedural lapses and lack of proper sanction.

The Bombay HC, while hearing the appeal against the conviction and sentence imposed by the Sessions Court Gadchiroli, found there to be a serious defect in the procedure for sanction under Section 45 of the UAPA. In its 101-page judgment, the HC notes “that sanction is not a ritualistic formality”, and demonstrates that the absence of sanction (in the case of Saibaba), and an “egregious” defect in the procedure for sanction under Section 45(2) (in case of the other accused), attacked the very competence of the court to conduct the trial. Therefore, despite hearing the accused on merits, the High Court set aside the lower court decision based on this threshold issue and ordered the release of all the accused. The High Court also granted liberty to the prosecution to retry the accused after obtaining sanction as per the correct procedure.

However, moved by the urgent plea of the Solicitor General, the Supreme Court constituted a special hearing the very next day — a non-working Saturday. The Maharashtra government’s arguments before the SC reflected grave anxiety about the gravity of the offense (against the nation) and the unrelenting threat of “Urban Naxals”. These concerns are echoed in the Supreme Court’s order wherein the conviction by the trial court, and the possibility of the guilt of the accused being upheld on merits, compelled the court to suspend the High Court’s judgment and order of release, in the absence of the lawyers for all accused save Saibaba.

The Supreme Court and the Bombay High Court reflect two contrasting approaches towards thinking about state power and its limits, particularly with regard to serious offenses against state security. While the Supreme Court appears to be primarily moved by the gravity of the offense, the decision of the Bombay High Court is equally cognizant of the state’s responsibility when prosecuting individuals under special criminal laws. In laws like the UAPA, which have the power to significantly curtail the personal liberty of the accused, (for example, through enlarged time frame for investigation, strict conditions for bail, etc.), the High Court held that “every safeguard, however minuscule…must be zealously protected”. Therefore, defects in sanction must not be seen as mere technical trifles, but as a defect that hits at the heart of a valid proceeding under the UAPA. The High Court stated:

“While the war against terror must be waged by the State with unwavering resolve, and every legitimate weapon in the armory must be deployed in the fight against terror, a civil democratic society can ill afford to sacrifice the procedural safeguards legislatively provided, and which is an integral facet of the due process of law, at the altar of perceived peril to national security. The Siren Song that the end justifies the means, and that the procedural safeguards are subservient to the overwhelming need to ensure that the accused is prosecuted and punished, must be muzzled by the voice of Rule of Law.”

This is not a principle that is alien to the Supreme Court. In a series of other UAPA cases, the Supreme Court has granted under-trial prisoners in-default bail, despite the gravity of the offense and overwhelming evidence adduced in charge sheets, only on a procedural ground — that the “Order” extending time for investigation was not passed by a specially designated NIA judge. Thus, the judiciary has time and again recognized the imperative on them to impassionately ensure the integrity of procedural safeguards designed to protect the accused, especially under special security legislation, and have found that the benefit of such failure must legitimately fall on the accused.

While the Supreme Court is well within its power to reconsider the decision of a High Court, the urgency reflected in instituting a stay on the order of release is surprising, as is the refusal to allow their release on bail (Section 437A Criminal Procedure Code) pending appeal — even on house arrest with strict conditions, as prayed by Saibaba’s lawyer. There is also something to be said about the moral responsibility of the state to care for those in its custody, particularly those suffering from severe health conditions, which are further exacerbated by the harsh conditions of the prison. While the emotional plea of the Solicitor General, conjures a frightening scenario of “Urban Naxals” sitting under house arrest, continuing to conspire against the state; the Supreme Court must not be solely moved by the fear of “serious offenses against the nation”, when deciding matters of personal liberty, but must balance concerns of national security with empathy — even for those accused of the worst. The tragedy of the recent death of Father Stan Swamy, and the indignity of his life in custody while awaiting trial under the UAPA are also incidents which must weigh on the conscience of the judiciary when making difficult decisions which impact national security as well as individual dignity.