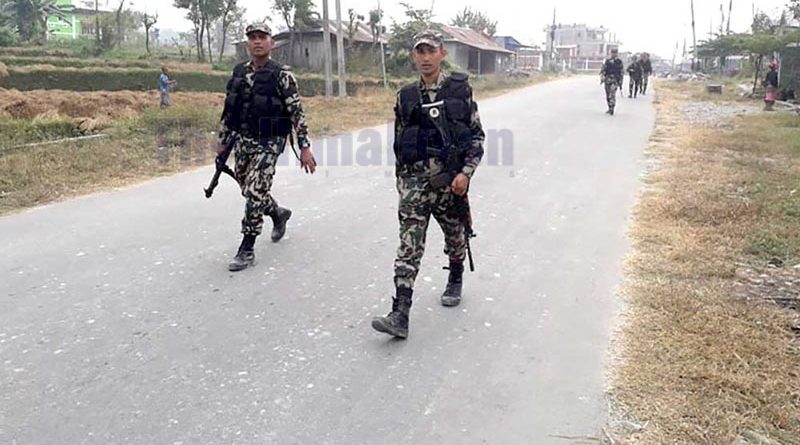 Security has been tightened at Dharan sub-metropolis aiming to prevent untoward activities in the by-election scheduled for November 30.

Candidates from different political parties threw their hats into the ring for the posts of mayor and ward chairman at sub-metropolis-7.

Nepal Police, Armed Police Force and Nepali Army have been deployed at the sub-metropolis in view of the by-election.

The NA from Number 1 Rajdal of Itahari and Yangshila-based Kalishakti Battalion has been deployed for security in Dharan.

He said Nepali Army, APF and Nepal Police would be deployed as per necessity to make the by-election a success in Dharan.

The NA has also started patrolling at Thigabari, Bishnupaduka and Hardiya of the hilly areas of Dharan.

CDO Poudel informed that security personnel including NA would be deployed during the election to prevent anti-election activities.