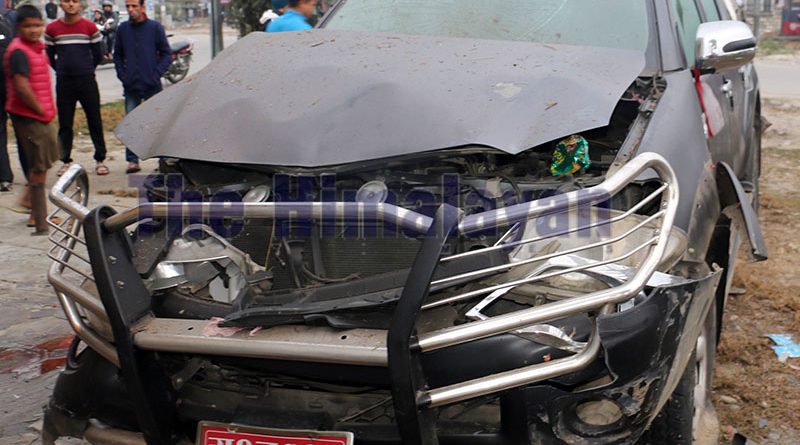 POKHARA: A bomb targeting the car belonging to a ward chief went off at Pokhara Metropolitan City-17 on Monday morning.

The explosive device placed under the car belonging to Shiva Prasad Acharya, ward chief of Pokhara-33, exploded at around 2:00 am today. The privately-owned car (Ga 2 Cha 426) was parked in front of his house at Gharipata.

The front part of the car has been damaged in the blast, however, no human casualties have been reported, informed police.

It has been suspected that the explosive device might have been placed by the cadres of Netra Bikram Chand (Biplav)-led Communist Party of Nepal.