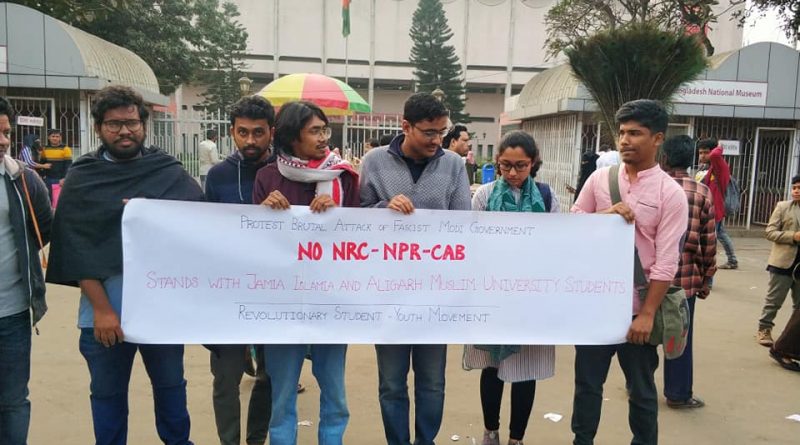 The Revolutionary Student- Youth Movement has undertaken a protest meeting, today on 17th December, in front of the National Museum in Shahbagh, Dhaka against fascist Modi government’s police attack on students protesting against the ongoing Citizen Amendment Bill (CAB) in Jamia Millia, Jamia Aligarh and Delhi University as well as the students in north-east India and Assam.

The meeting has declared solidarity with the students protesting against the effort to make a sectarian division among the people in the name of a Citizen Amendment Bill (CAB).

The speakers suggested that the NRC and CAB aren’t just India’s internal matters. On one hand it intends to destroy the communal harmony of South-east Asia and on the other hand Bangladesh is a direct victim of CAB. Indians are freely intruding our border areas. The Hindu nationalist state’s aggression on Muslim minorities, especially on those of lower income, has been made clear. Therefore, the oppressed people of not only Bangladesh but also of the entire South Asia must unite against it. 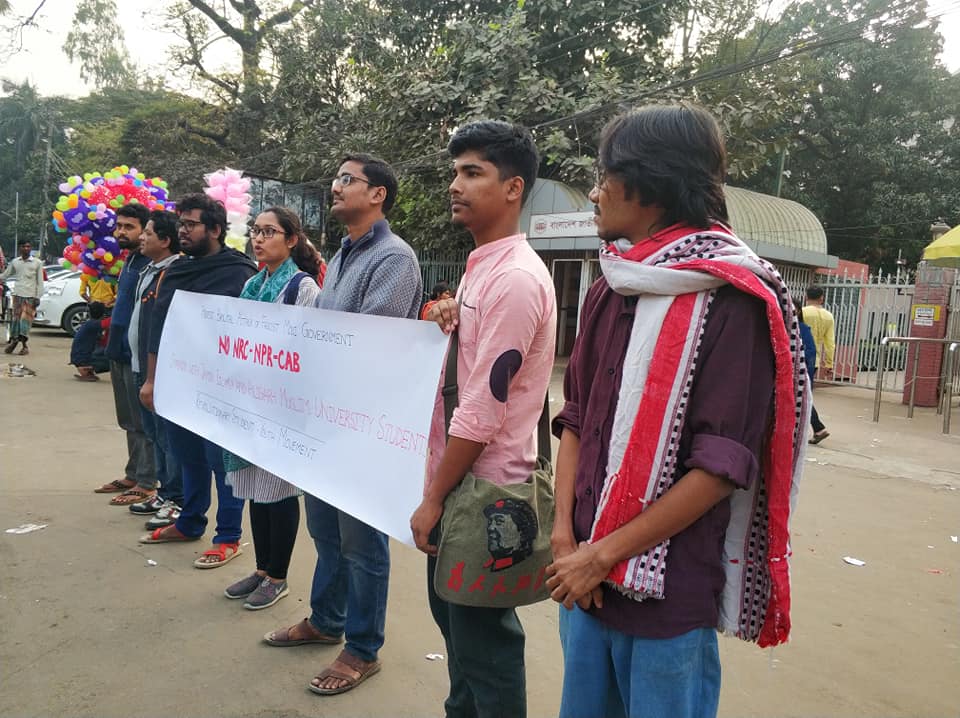