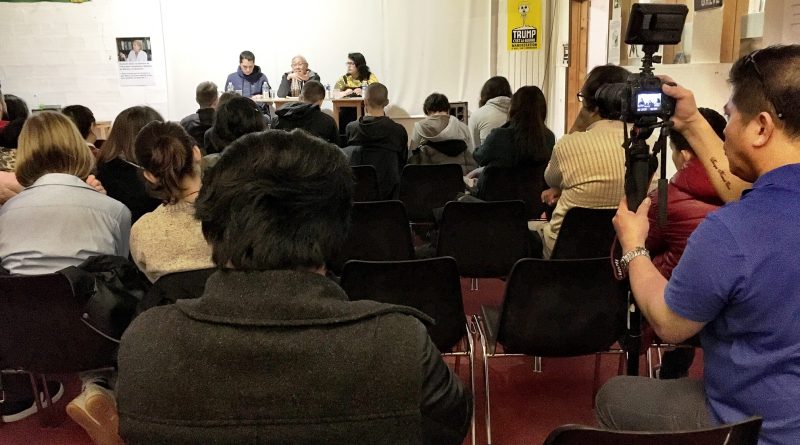 On Saturday, December 14, the Redspark Collective held a book launch of the first French edition of The Philippine Society and Revolution (PSR) in Paris. Despite the most widespread and militant general strike of the public transport in over two decades, around 30 people attended the event: “What the PSR can bring to the French revolutionary movement.”

The conference started with a message from the PSR’s author and a founding member of the Communist Party of the Philippines, Professor Jose Maria Sison, who sent his greetings to the event participants and panelists, as well as Soleil Rouge, the publishing house that released PSR in French. He went on to say that his book, originally published in 1969, describes contradictions that “may have changed since the bloody Marcos dictatorship” but “has remained critically relevant through more “liberal” to the current Duterte regime.” 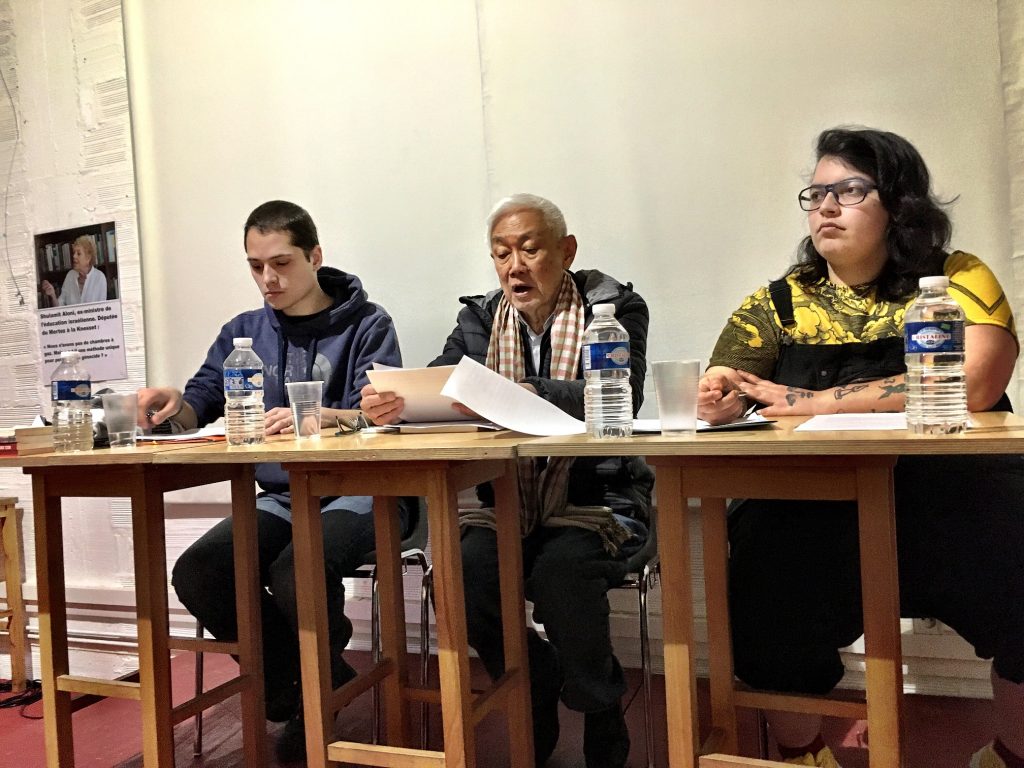 The first speaker was Comrade Luis Jalandoni, who described how the PSR changed his life, and led to him from being a priest to becoming a leader of a revolutionary movement – and how studying the PSR with the peasants he was organizing led to their understanding that their condition not as mandated by God, but the result of class oppression. He concluded his talk saying that “the role of the PSR is recognized, deeply appreciated and continues to be developed as a powerful weapon of the Philippine Revolution.” 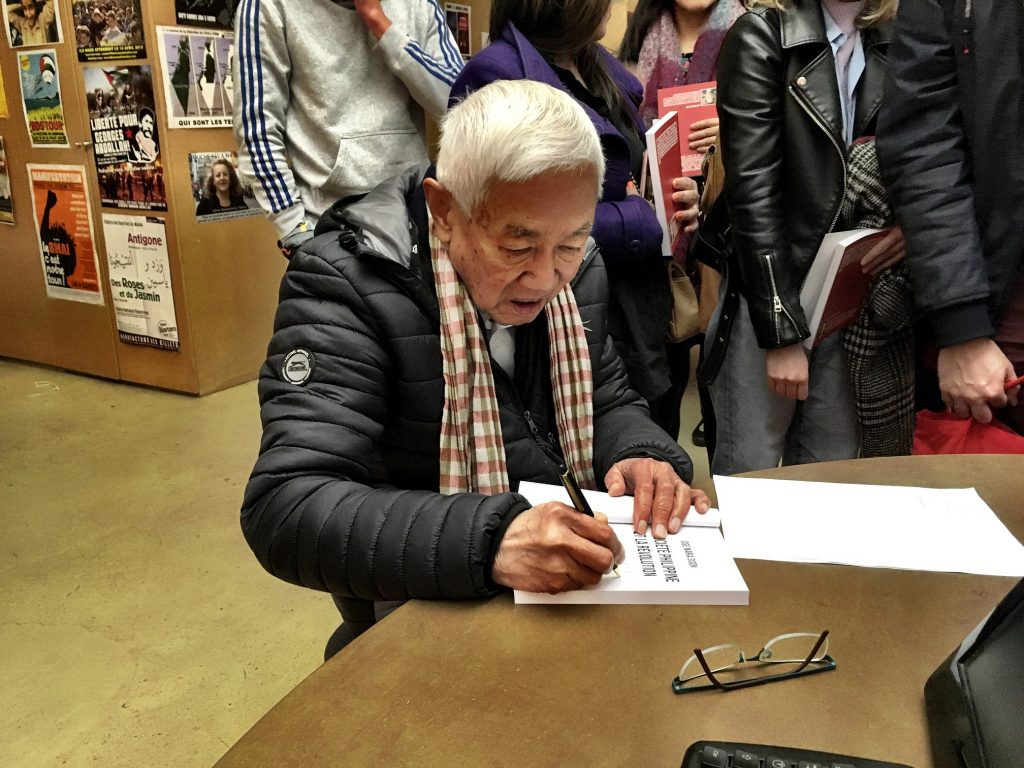 The second part of the event began with Comrade Christophe Kistler speaking in the name of the Redspark Collective on the importance of studying PSR. He started by saying that the PSR “is so important that when publishing the Selected Works of Professor Sison, it was intentionally excluded from the 18 volumes, because the publisher believed that anyone interested in the Selected Works would already have the PSR, and that even they didn’t, they had to get it to be able to take it with them and study it in all circumstances.”

Comrade Kistler continued by comparing the influence and the unifying role of the PSR to the one that Lenin’s What is to be Done? played in Russia. He concluded by discussing how an insightful study of this work can help the French revolutionary movement, particularly in breaking away from the movementist trend it which it is now stalled. 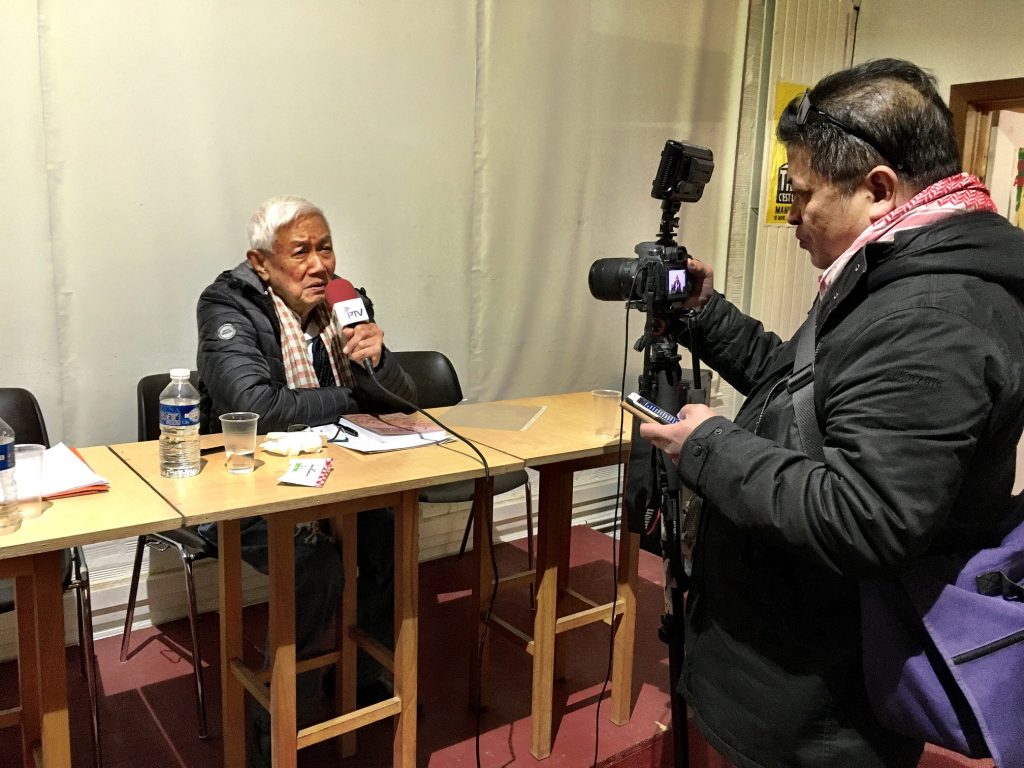 Comrade Berenice Bocquet, editor of the Soleil Rouge publishing house, concluded the event, talking about the history of independent publishing in France, and the role Maoists played in it. “Maoists never had their own publishing house. They were published by other alternative or controversial publishers such as Maspero. Today this void is filled with Editions Soleil Rouge.” Comrade Bocquet revealed part of the upcoming 2020 catalogue, including the beginning of publishing Comrade Pierre’s Selected Works, and The Communist Necessity by J. Moufawad-Paul.

The event concluded after four hours of intense discussion and question and answers. Afterwards, Comrades Jalandoni and Kistler were interviewed by a journalist of PTV, the Philippines state television. 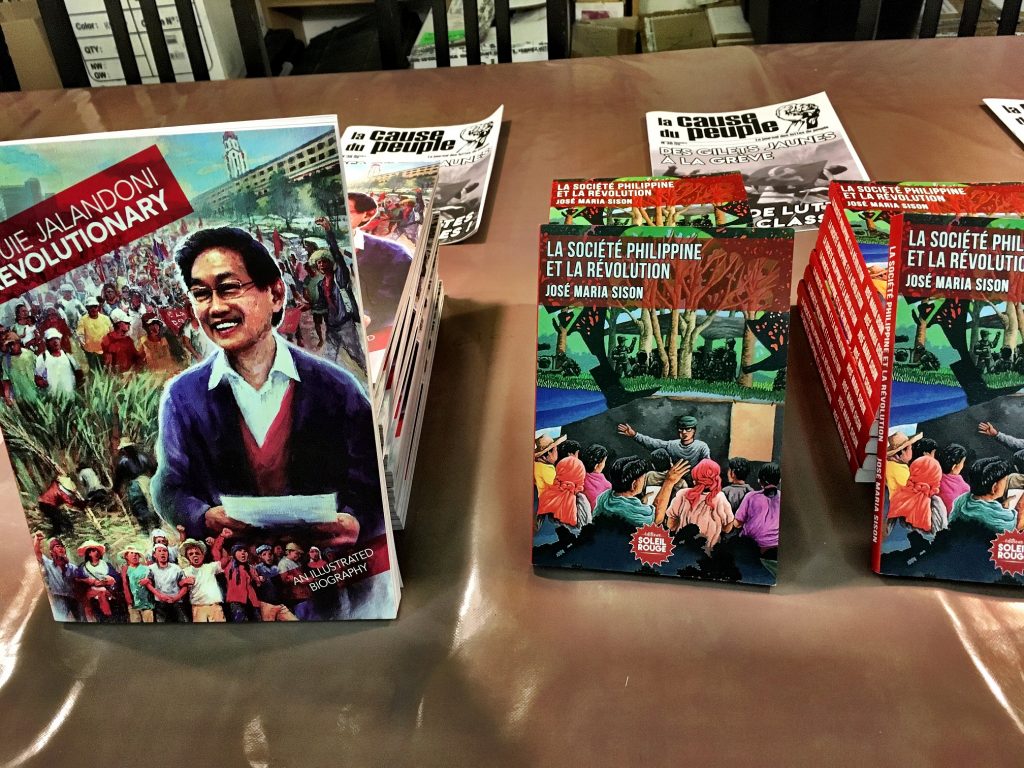