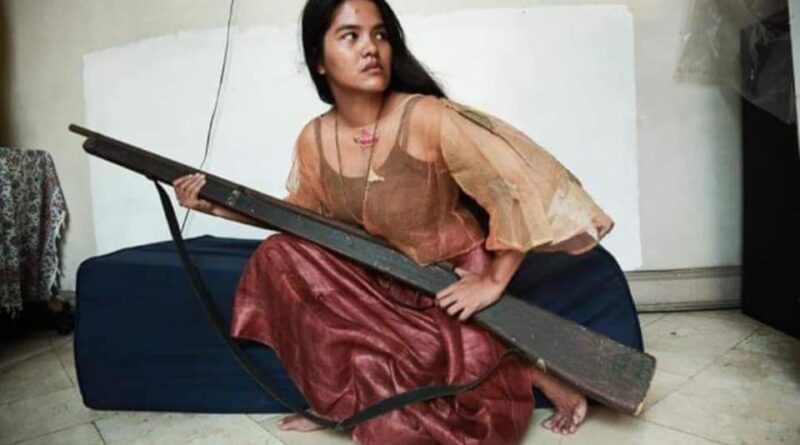 We learned today of the martyrdom of revolutionary artist and Red fighter Kerima Lorena Tariman (Ka Ella). She and Ka Pabling died in an armed encounter between a unit of the New People’s Army (Northern Negros Front) and the fascist troops of the 79th Infantry Battalion on August 20, 2021 in Silay City, Negros Occidental province. She was 42.

Ka Ella, a leading Party cadre of the Roselyn Jean Pelle Command-NPA, hailed from Legazpi City, Albay province. She was a renowned poet, writer and revolutionary artist who chose to share the life-and-death struggle of the masses of Negros Island. She gave up her life to serve the people and the revolution.

We extend our deepest sympathies to Ka Ella’s husband, their children, her family and friends.

An artist and intellectual, Ka Ella endeared herself to the peasant masses of Negros and embraced their cause. They deeply mourn her death. The whole revolutionary movement grieves. Her sacrifice, and that of Ka Pabling, however, inspires and emboldens all revolutionaries and the Filipino people, particularly the oppressed and exploited masses of Negros whom she served dearly, to more firmly wage revolution.

We pay tribute to Ka Ella, whose acclaimed poems and works of literature reflected the sufferings, the cause and the struggles of the poor and downtrodden. She became the artist she was by immersing herself with the peasant masses whom she served. In them, she found her muse for her craft.

Ka Ella’s death comes on the heels of the recent murder of revolutionary artist Ka Parts Bagani. Their successive demise has brought deep sadness to the revolutionary and progressive movement and cultural community, but at the same time, are bound to move many artists to follow the path of selfless service to the people.