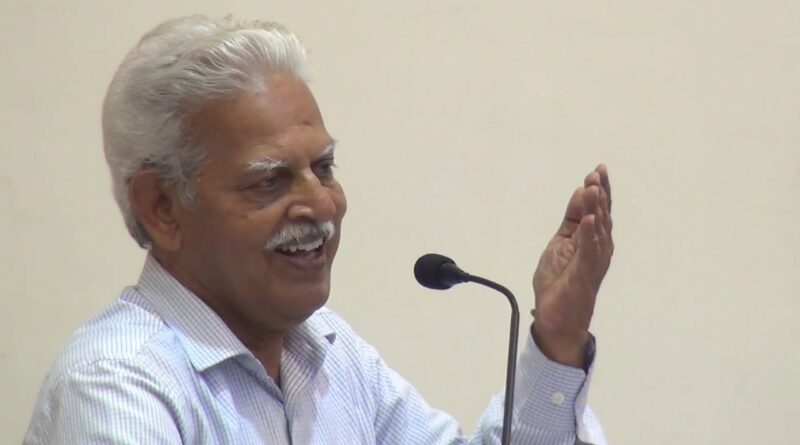 November 9, 2021: The publication of Telugu poet and political prisoner Varavara Rao’s collection of poems has been put on hold by Penguin Random House, with the publisher citing its concerns about the “nature of charges” leveled against him, according to a report in the Quint.

The 81-year-old poet, who was arrested along with other activists under the Unlawful Activities (Prevention) Act in November 2018 for his alleged role in the Bhima Koregaon case, is out on medical grounds and stationed in Mumbai.

Titled ‘Varavara Rao: The Revolutionary Poet’, the collection was expected to have 65 poems and scheduled for publication between June and July 2021.

During a hearing in the Bombay High Court, the National Investigation Agency had earlier opposed Rao’s plea for extension of medical bail and shifting to Hyderabad, saying his medical reports did not indicate that he suffers from any serious ailment, according to a report in the Indian Express.

In a letter to Prime Minister Narendra Modi in July last year, K Jana Reddy, Congress leader and former home minister of united Andhra Pradesh, had sought interim relief for the poet-activist, citing the latter’s efforts as a peace emissary between the then state government and the Maoists, enabling them to hold peace talks in 2004. He also mentioned Rao’s age and health.

“As the then home minister, I carried the responsibility of holding peace talks between the then AP government and Naxal parties in October of the year 2004 . Mr Rao played a significant role in creating cordial climate in conducting these peace talks and was genuinely interested in bringing peace in the state,” Reddy wrote, according to a report in the News Minute .

“I also learn from the press that he is developing dementia which needs complete attention of the family.”

Speaking to Newslaundry, Rao’s nephew and writer N Venugopal had last year pointed out how the Elgar Parishad event, which preceded the violence in December 2017, had been organized by retired Justices BG Kolse-Patil and PB Sawant, who have already stated that they were the “main organizers and sole funders”. Varavara had never even visited Pune until the Pune police came to take him to jail in November 2018, Venugopal said.

Rao’s family had requested bail on three major grounds: his age, health, and vulnerability to Covid-19.