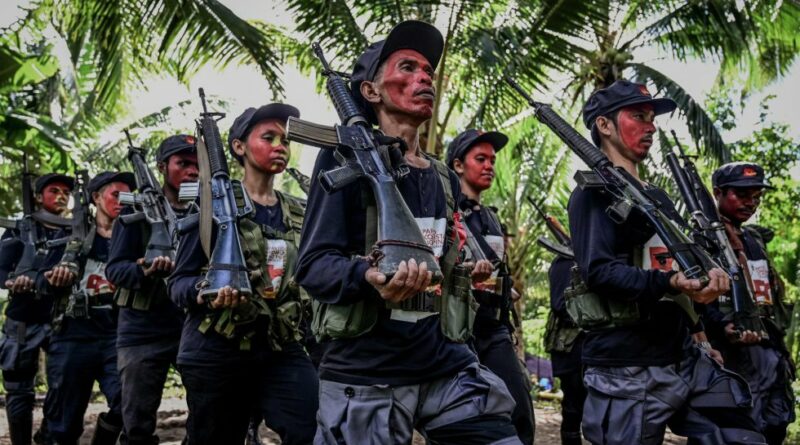 The LPC-NPA victoriously ambushed combined troops of the 62nd and 79th IB around 3 pm on November 3, 2021, in the boundaries of Sitios Nakuruhan and Maluy-a, Barangay Quintin Remo, Moises Padilla, Negros Occidental province. At least 9 enemy troops were killed-in-action and many others were wounded after the hour-long firefight.

The military troops were conducting operations for over a month in the mountain areas of Binalbagan, Isabela, Moises Padilla, Guihulngan, and La Libertad pursuant to their desperate attempts to end the armed revolution waged and supported by the toiling masses. In the said operations, they continue to red-tag, harass, and terrorize communities, targeting innocent civilians and even murdering them in cold blood with their insistence in obliterating the NPA but incessantly doing otherwise, even with the trillions of military spending of the US-Duterte regime and the NTF-ELCAC. With this, the masses demand justice for the crimes committed by the military. The recent ambuscade in Quintin Remo is one of the many answers to such demand.

By now, the 3rd ID and the entire reactionary armed forces should realize that their aim of defeating the NPA by the end of the official term of their tyrannical, plunderous, treacherous, and murderer commander Rodrigo Duterte is but an illusion. The worsening crisis of the semicolonial and semifeudal ruling system perpetuated by the greed and brutality, magnified by the current regime, has become fertile ground for more to join the ranks of the NPA. Guided by the CPP, the armed struggle will continue to grow and flourish despite the relentless attacks of the enemy. The ruling class and their fascist lapdogs in the AFP and PNP cannot make the revolution halt; not if daily they give the masses more reasons to fight and revolt.