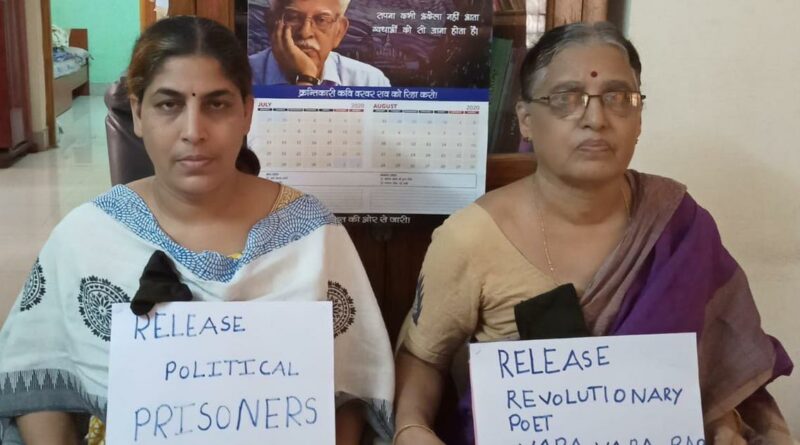 Hyderabad District, July 20, 2021: Telugu poet and social activist Varavara Rao’s daughter P Pavana, who was allegedly surveilled by government agencies, said that she already knew that she was being spied on when the first instance of Pegasus spyware use was reported in 2019. She said that while snooping was not new, the way the government was ‘planting evidence’ in devices was very new and shocking.

Speaking to Express after The Wire reported that Pavana’s phone number was part of a large database of leaked numbers believed to be drawn by the clients of Israeli NSO Group, which has developed the Pegasus spyware, Pavana said it has become a ‘natural’ phenomenon for the government to tap the phones of people who were vocal against it. “But now, they are filing cases against dissenters by planting fake evidence using technology. With the Bhima Koregaon case, it is understood that they can do anything and go to any extent.

The case was filed against my father, but they surveilled my phone too. How is this justifiable? They want us all to keep quiet,” Pavana said. She recalled that she had received a message from WhatsApp stating that “your phone might be at risk”. Pavana also mentioned that the police had seized the phones of all of her family members following the arrest of her father Varavara Rao in connection with the Bhima Koregaon case, but had returned only her phone.