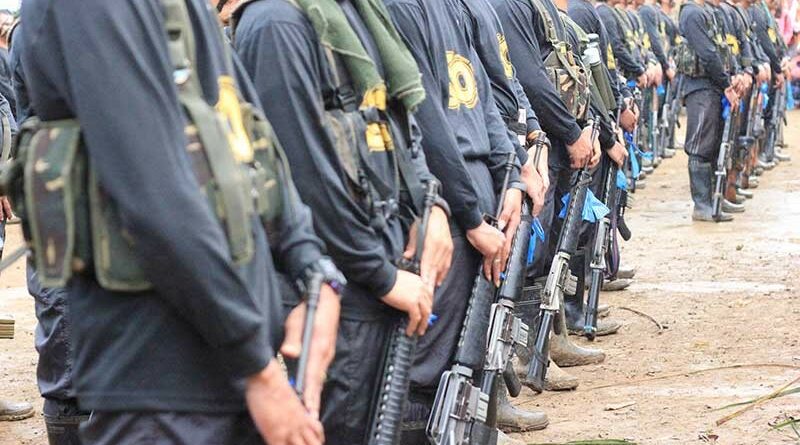 Armando Sumayang Jr. Command of the New People’s Army (ASJC-NPA) Southwest Negros Front spokesperson Ka Andrea Guerrero confirmed that a unit under the ASJC was in five back-to-back encounters against elements of the 15th Infantry Battalion (IB) under the 302nd Infantry Brigade on July 20, 2021.

It was reported to media last Tuesday by P/Maj. Junji Liba, Candoni Police Chief, that the armed skirmishes started at 5:30 in the morning.

According to Guerrero, the two earlier gunfights occurred in Sitio Guinobatan, the third in Sitio Moromanila both of Barangay Caningay in Candoni, the fourth in Sitio Lunoy and the last at Sitio Catmon, Barangay Agboy around 10:30 A.M. still in the same municipality of Negros Occidental.

“The NPA unit involved reported that five 15th IB soldiers were killed during the first two firefights,” Guerrero said, “and it was confirmed by reliable sources that five bodies were fetched by a Philippine Army vehicle.”

But she added that residents claim of witnessing more casualties from the military troops.

He noted that after suffering defeat the military usually vents their frustration on farmers living in the areas where they are holding combat operations.

He further called on the military rank-and-file not to follow the orders of their officials who are sacrificing them for promotion and corruption purposes.

From a statement of Ka JB Regalado, LPC-NPA spokesperson, elements of the Citizen Armed Forces Geographical Unit (CAFGU) and regular soldiers of the 62nd IB based in the said detachment are notorious for harassing civilians up to forcing them to surrender as NPA members, and threatening the lives and actually killing those they suspect as supporters and members of the NPA.