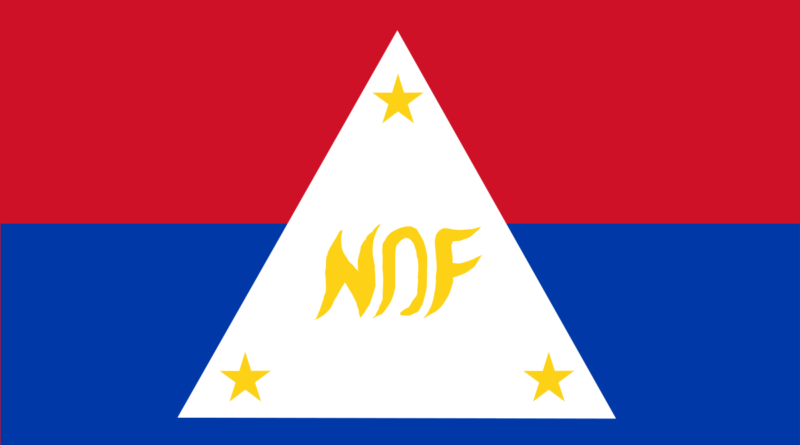 We hereby assert that the National Democratic Front of the Philippines is the revolutionary united front of patriotic and democratic forces of the Filipino people fighting for their national and social liberation against foreign domination and the local exploiting classes of big compradors, landlords and bureaucrat capitalists.

We have represented all the aforesaid forces, the organs of the people’s government and the broad masses of the people in peace negotiations with the reactionary Government of the Philippines (GRP) with the mediation and facilitation by foreign governments.

The NDFP is dedicated to arousing, organizing and mobilizing the people for full national independence and genuine democracy. We are a co-belligerent force in the civil war with the GRP and we have the status of belligerency in accordance with international law. The NDFP and the GRP are co-signers of the Comprehensive Agreement on Respect for Human Rights and International Humanitarian Law. It is completely mendacious and malicious of the GRP to malign the NDFP as a “terrorist” organization.

We hereby condemn the act of the Anti-Terrorism Council in issuing its Resolution No. 21 designating the NDFP as a “terrorist” organization and to signal the escalation of acts of state terrorism against the allied organizations in the NDFP and their respective officers and members.

Going by its arbitrary rule of guilt by association, without any fair judicial process within its own legal system to determine culpability, the ATC considers as communist and terrorist all the noncommunist organizations within the NDFP, including the Christians for National Liberation and the Catholic and Philippine Independent Church priests, Protestant pastors, nuns, deacons and other religious people.

We expect that the terrorist attacks by the Duterte fascist gang will escalate and will also target legal social activists, human rights defenders, critics and oppositionists who will be arbitrarily tagged as NDFP members and associates.

We have already seen how the armed minions of Duterte have murdered so many NDFP consultants, such as Randy Malayao, Randall Echanis, couple Agaton Topacio and Eugenia Magpantay, couple Antonio Cabanatan and Florenda Yap, Reynaldo Bocala and Rustico Tan.

They have manufactured trumped up charges and planted firearms and explosives to arrest and imprison the following NDFP consultants: Vicente Ladlad, Adelberto Silva, Rey Casambre, Renante Gamara, Ferdinand Castillo, among others.

The ATC Resolution is in line with Duterte’s policy and campaign of all-out war to enable his fascist scheme against the people and amplifies previous issuances, such as Proclamation No. 370, Proclamation No. 374, Executive Order No. 70 and the so-called Anti-Terror Law of 2020.

The Duterte regime and the ATC are maliciously trying to prejudice and preempt the petitions filed before the GRP Supreme Court. These petitions are already scheduled for decision in the months to come. The Court has to decide the issues on the violation of constitutional and democratic principles and rights.

Duterte is hell-bent on preventing negotiations for the duration of the final months of his term of office and possibly for as long as his daughter and he can stay in power after rigging the 2021 elections and using martial law to counter the anticipated people’s uprising.

The broad masses of the people have no choice but to intensify all forms of revolutionary struggle, especially armed struggle, in order to defend national sovereignty, their democratic rights and well-being against the Duterte regime of treason, tyranny, mass murder, plunder and mass deception.

The NDFP has continued to keep in place its Negotiating Panel with the hope that the Duterte regime would eventually be ousted from power and that a post-Duterte administration is willing to resume the peace negotiations for a just and lasting peace.