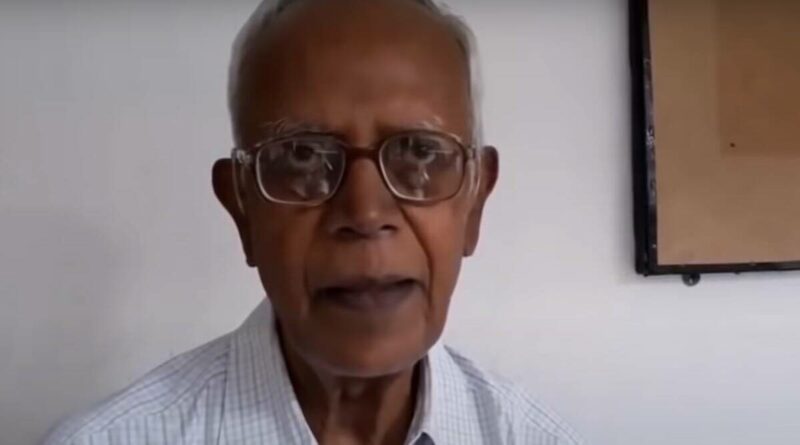 Pune District, June 1, 2022: Political prisoner Father Stan Swamy, the Jesuit priest and tribal rights activist from Jharkhand who was arrested in the Bhima Koregaon case and died in July 2021, will get a “special, posthumous homage” at the Martin Ennals Awards in Geneva on Thursday. The award is widely regarded as the Nobel Prize for human rights defenders. The winners this year are Daouda Diallo from Burkina Faso, Pham Doan Trang from Vietnam and Abdul-Hadi Al-Khawaja of Bahrain.

“Father Stan was nominated to the Award in spring 2021, but he sadly passed away before it could reach him,” said Chair of the Award Jury, Hans Thoolen.

Before he died at the age of 84, Swamy had spent a lifetime working with Adivasi communities on their land, forest and labor rights. He had filed a PIL about the arrests of thousands of young Adivasis whom investigating agencies had labelled “Naxals”. According to the NIA, which had arrested him with other activists such as lawyer Sudha Bharadwaj under the Unlawful Activities Prevention Act (UAPA) in 2020, Swamy was a cadre of the CPI (Maoist). “The jury wished to shine a light on Father Stan’s many contributions to human rights, which cannot be eclipsed by his unjust incarceration by Indian authorities,” said Thoolen.