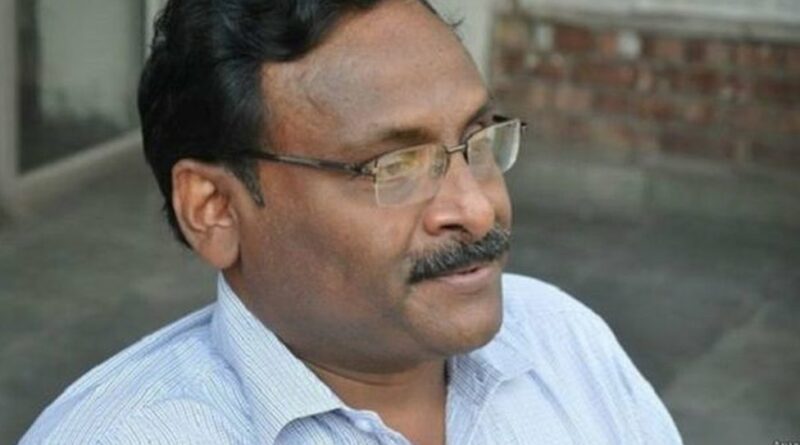 New Delhi, May 26, 2022: Political prisoner Dr G.N. Saibaba, who is 90% physically disabled and incarcerated at Nagpur Central Jail, was hospitalized after going on a four-day hunger strike asking for a CCTV camera to be removed from his prison cell.

The strike has left Saibaba, already severely ill, with serious health problems. In addition to blood motions, his skin has loosened, the Committee for his release has noted. On May 25, he was admitted to the prison hospital.

However, prison authorities have only partially responded to his demands.

The ‘Committee for the Defense and Release of Dr G.N. Saibaba’ has released a statement calling for his immediate release. The committee says that Saibaba began the hunger strike on Saturday, May 21.

The strike was to demand that a wide-angle CCTV camera that was installed in front of his ‘Anda’ Cell be removed. ‘Anda’ is Hindi for ‘egg’, the shape of such cells, which are believed to be constructed to ensure visibility of prisoners. However, Saibaba’s family has said that the wheelchair-bound scholar finds it difficult to move in the cell because of its shape, size and compactness.

“The 24-hour camera surveillance is a clear violation of his fundamental right to privacy, life, liberty, and bodily integrity,” the committee has urged.

“The installed CCTV camera records everything 24×7, including use of toilet, bathing, and all his bodily activities.  This is against the basic human rights. The rights, even of a convicted person should be upheld,” the committee has said.

A few days ago his wife and brother had submitted a letter to the Maharashtra home minister with the same demand.

With the hunger strike, Saibaba was also demanding parole which had not been granted to him in spite of several applications, proper medical treatment, accommodation outside the Anda Cell, and transfer to the Cherlapally Central Prison in Hyderabad – another demand for which several applications have gone unheard.

One and half years ago, during lockdown, Saibaba had gone on a similar hunger strike, demanding the immediate handover of medicines supplied by his family members and advocates, along with books and letters they had sent him. Some of these demands from the previous hunger strike were not addressed.

Saibaba’s advocate Aakash Sorde has said that in the first four days of the hunger strike, jail authorities agreed to change the direction of the CCTV camera.

Saibaba was sentenced to life imprisonment by a lower court in Gadchiroli in 2007 under the Unlawful Activities (Prevention) Act for alleged links to the CPI (Maoist). His appeal against the sentence at the Nagpur bench of the Bombay high court has been pending.