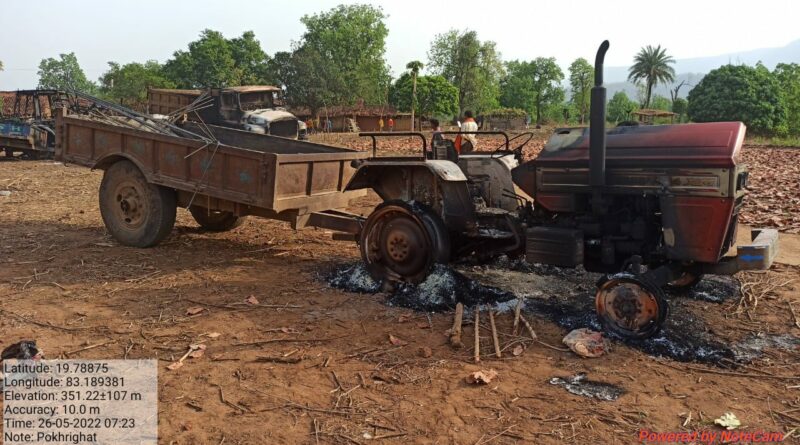 Kalahandi District, May 27, 2022: A squad of cadres belonging to the CPI (Maoist) carried out a raid on the camp of a contractor engaged in road construction work in Kalahandi district. The armed action took place on Wednesday night in Odisha’s Kalahandi district. Six vehicles were torched during the attack.

The Maoists left behind handwritten posters and banners, alleging that one of their cadres, who was reported to have surrendered earlier this month, was actually arrested with the assistance of the contractor. According to the Maoists, the case should be treated as an arrest and the trial should be done in a proper court. He should not be given any facilities as per the surrender policy of the government.

According to police, a squad of at least 20 armed Maoists was said to have reached the camp near Tala Pipili village in Bhawanipatna block late on Wednesday and torched an excavator, a truck and two tractor trolleys.

Superintendent of police Abilash G said a combing operation was carried out and bomb detection squad deployed at the spot.

The officer added that security would be provided to the contractor, who claimed to be receiving threatening phone calls.