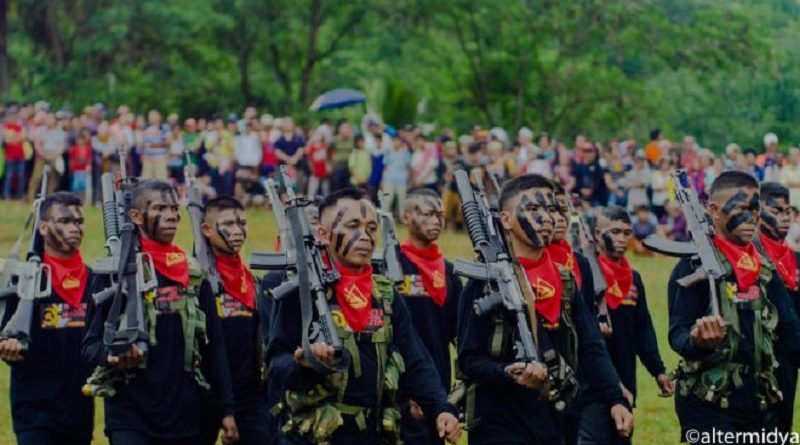 The Revolutionary Council of Trade Unions supports the termination of the Communist Party of the Philippines’ and the New People’s Army’s unilateral interim ceasefire declaration effective on February 10 this year.

The termination of the CPP-NPA’s unilateral ceasefire is a legitimate response against the GRP’s insincerity in achieving just and lasting peace shown through its refusal to honor their commitments and previously signed peace agreements to release the more than 400 political prisoners, including unionists and labor rights activists.

It also gives strategic advantage to the NPA in countering the AFP’s treacherous encroachments on territories of the People’s Democratic Government under the GRP’s continued counter-insurgency operations. The Filipino mases, especially the peasants and Lumads in the countrysides, have long been calling for the termination of the ceasefire to enable the NPA to effectively defend them from gross human rights violations committed by the AFP in its continuous and widespread military offensives. In the cities, the AFP has continued to conduct its psywar operations of harassments and threats against unionists and activists in violation of their own ceasefire declaration.

The termination of the CPP-NPA-NDFP’s unilateral ceasefire serves as a warning to the GRP to show sincerity in the peace talks and respect for the political power of the People’s Democratic Government. The GRP should stop its capitulation and pacification of the revolutionary forces by forcing the NDFP to enter an interim bilateral ceasefire without first addressing the substantive issues and agreements.

The RCTU, as a member organization of the National Democratic Front of the Philippines, remain supportive and optimistic towards the success of the peace talks. We call on the GRP, if it is genuinely committed to achieving just and lasting peace, to work with the NDFP in forging agreements on social, economic and political reforms to address the roots of armed conflict. ###