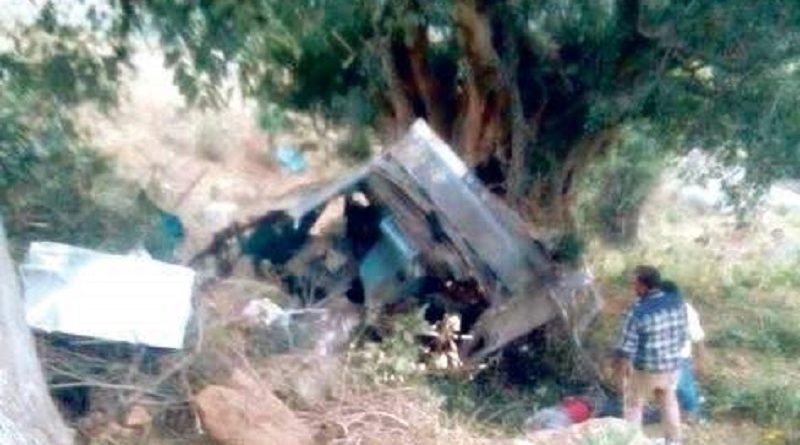 BHUBANESWAR/KORAPUT: Seven security personnel were killed on Wednesday when comrades blasted a police vehicle using landmines in the hilly Sunki-Salur road near Koraput’s Pottangi breaking the lull after last year’s anti-Naxal operation by Andhra Pradesh and Odisha Police in Malkangiri. Another five, who suffered injuries, have been shifted to Visakhapatnam while whereabout of another policeman is yet to be ascertained.

The ill-fated vehicle was carrying 12 assistant drivers besides the driver. They were on their way to the Police Training College (PTC) at Angul to attend a training programme when the Maoists triggered the blast between 4.30 pm and 5 pm. After being hit by the landmines, the vehicle toppled and rolled down the hill roads. The security personnel belonged to Third Battalion of Odisha State Armed Police (OSAP) and the district police.

Heart-rending pictures of the deceased, traumatised and grievously injured policemen indicated how powerful the blast was which almost uprooted the hilly road.

The vehicle was thrown off leaving its passengers critically injured. While six policemen died on the spot, another died on his way to Salur Hospital. The landmine attack took place near Sunki at the bordering areas of AP and Odisha, about 1 km inside the neighbouring State. The exact place is about 40 km from Koraput and barely 15 km from Pottangi.

Director General of Police KB Singh said the injured have been shifted to Visakhapatnam. DIG, South Western Range S Shyni rushed to the spot to take stock of the situation.

Immediately after the incident, police teams from Srikakulam and Koraput rushed to the spot. The road being a major connecting route between southern districts and rest parts of the State as well as AP, the landmine blast crippled vehicular movement.

Sources in the State Intelligence Wing said the attack could be the handiwork of a group of CPI (Maoist) which is active in the AP-Odisha borders.

After the massacre of Malkangari in October last year when at least 30 Maoists were assassinated in the cutoff areas of Chitrakonda reservoir, this is the first major attack by the Red rebels.

The incident could also impact the three-tier panchayat elections in the region which is already under the clouds of LWE menace. The deceased identified so far are Somnath Sisa, Tulasidhar Majhi, Sanjay Kumar Dash, Subrna Kumar Mas, Pramod Kumar and Pratin Kumar Rout.