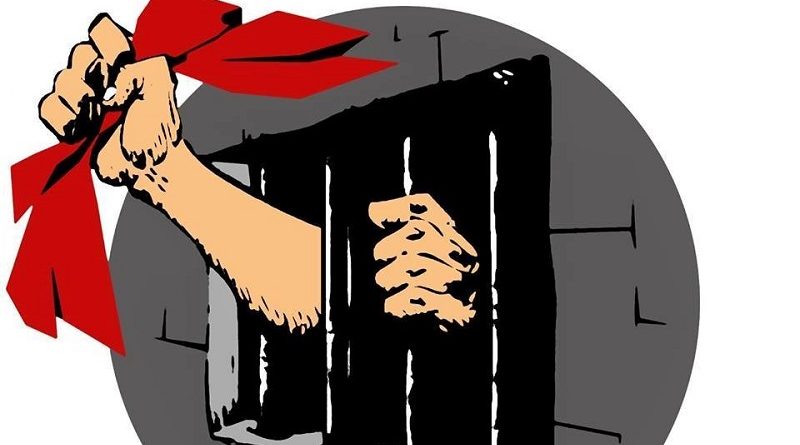 Our Party has repeatedly pledged to defend those who, because they are revolutionary, are targets for reactionaries. We defend like our own, the cause of Georges Ibrahim Abdallah, a communist political prisoner in the jails of the French state for 35 years. We stand with all the victims of police violence, neighborhood harassment and racist attacks and killings by the cops. We have witnessed massive arrests, imprisonments and mutilations of the Yellow Vest movement inflicted by state watchdogs. The reactionaries put people in jail and also kills, like in the case of Adama Traore in 2016, or like the resident of the Noailles district in Marseille, who died at the age of 80 following the explosion of a grenade fired by the police during the Yellow Vests protests last December. We have known and will know the repression of the French bourgeois State, and we see it every day.

The old states, their official militias like the police, and their unofficial militias like certain mercenary paramilitaries, do not hesitate to engage their force against those who struggle. From imprisonment to the very common practices of enforced disappearance, everywhere in the world the reactionaries try to attack the most determined elements in order to break the revolutionary will. They use the most abject stratagems and methods to keep the proletariat in place, to intimidate those who dare to fight.

This truth applies wherever the bourgeoisie commands, and where it prosecutes and persecutes those who rise up against its authority. Throughout the world, and especially in the context of people’s wars we see today, the reactionaries are intensifying their efforts to incapacitate anyone who is in their way. Last November, we pledged to firmly defend revolutionary political prisoners and to honor the memory of those whom the reaction has removed from the struggle worldwide.

On January 30, Randy Felix Malayao, a consultant for the NDFP (National Democratic Front of the Philippines) was brutally killed in the Philippines on a bus by an armed man and an accomplice, who immediately disappeared. This murder and its modus operandi are the ones of an assassination, a political assassination. The National Police of the Philippines accuses the People’s Army (NPA) of the murder. This is an absurdity that aims to cover the real murderers, agents of the Duterte government. Political prisoners in the Philippines have continually protested against these false accusations against the People’s Army.

This example reminds us of the reactionaries’ inflexible policy when their power is contested by that of the masses: terror of the bourgeoisie over the popular masses. However, we have many examples in heroic revolutionary struggles, and more particularly in the people’s wars led by communist parties, which prove that this policy of the bourgeoisie is doomed to fail. By murdering, the bourgeois state does not intimidate, it ignites the masses to attack those responsible for the killings!

Solidarity of class with all those who the reactionaries have taken from the struggle!