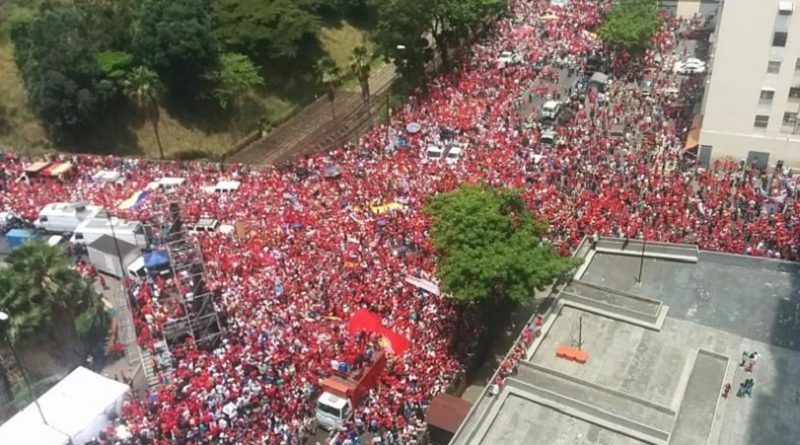 The evolving political coup in Venezuela with the overt incitement, support and intervention of the US in collaboration with reactionary regimes and governments of Latin America aims -first and foremost- to the people and toilers of Venezuela and to all the peoples of the region. It undermines peace and the long struggle for independence and social liberation of Latin American peoples against North American imperialism and the reactionary ruling classes. The US intervention of recognizing Juan Guaidó as transitional president was followed by the announcements of most member states of the Lima Group, US allies and accomplices in the encirclement and the external pressure against Venezuela. The displacement of Brazil after the recent presidential election significantly influenced correlations and developments. The Western European governments and the lead actors of the European Union are gradually drawn towards the same line of intervention.

The people of Venezuela are in front of serious risks amid a deep economic crisis, which also resulted from external sanctions and suffocating imperialist pressure. Once again it is proven that the social democratic policies within the capitalist system, the conciliation with parts of the bourgeoisie and imperialist forces have narrow limits. Without the active participation and support of the peoples and the working class, without social and political upheavals and conquests and with policies based only on favorable economic and political circumstances, problems return in the form of avalanche.

In any case, it is only the people of Venezuela who are eligible to decide, without the threat of foreign intervention and constant subversive actions, sanctions and pressure. We denounce the imperialist threats and interventions, particularly from the US, which orchestrate the international reactionary campaign and organize internal reactionary oligarchic forces. We call on the peoples to oppose to the ongoing aggression against the people of Venezuela. We call on the Greek people, the toilers and youth to express their anti-imperialist and internationalist solidarity.