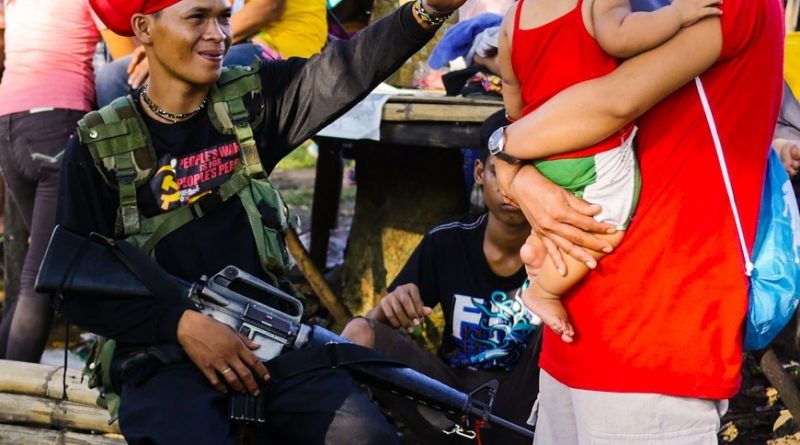 The fascist propaganda machinery of the AFP’s Eastern Mindanao Command are having a field day in these last few days, with so-called “declarations” from local government units or Lumad communities condemning the “atrocities of the Communist Party of the Philippines, the New People’s Army and the National Democratic Front of the Philippines” and subsequently naming them as “persona non-grata” coming out of the woodwork.

In reality, these “declarations” are the product of the relentless psywar and intimidation campaign of “peace and development outreach programs” under the whole-of-nation approach of Oplan Kapayapaan. In Southern Mindanao and elsewhere in Mindanao, they are in fact mere PR stunts which hold neither a grain of truth nor reflect the sentiments of thousands of Lumad who continue to be victimized by the US-Duterte regime’s hated martial law and hold the revolutionary movement in high esteem, especially the NPA as their true people’s army.

The mercenary bigwigs of the AFP in the region are wasting precious taxpayers’ money from their over-bloated budget in conducting useless “peace-building seminars” and other similarly ludicrous activities in Davao City, Davao Oriental, Compostela Valley Davao del Norte and Bukidnon in order to lend credence and credibility to the implementation of counter-insurgency programs such as the corruption-laden Enhanced-Comprehensive Local Integration Program (E-CLIP) in the region.

It eludes common sense that peasants and the Lumad should support the reactionary armed forces or their counter-insurgency campaigns, as persistently claimed by the AFP. The peasants and Lumad know that behind the veil of the AFP and PNP’s civic-military activities, these rabid dogs of the US-Duterte regime seek to destroy the masses’ way of living, sell their ancestral land to capitalist greed and exploitation and threaten or kill whoever stands in their way.

In Davao Oriental, for example, Governor Nelson Dayanghirang himself recently admitted that despite pronouncing the province as “insurgency-free” in 2016, the revolutionary movement is still a “continuing concern” as NPA units continue to launch successful tactical offensives against and thwart the attacks being carried out by AFP and PNP troops. Like most bureaucrat capitalists in the region and the ruling class which he represents, Dayanghirang conveniently glosses over the incontrovertible fact that the masses continue to embrace the NPA and the revolutionary armed struggle as the sole means to attain social justice and emancipation from the rotten semi-feudal and semi-colonial system.

The AFP, together with their brutal paramilitaries Alamara and Bagani and detested Lumad dealers as Joel Unad, browbeat Lumad councils and members to attend these so-called peace-building seminars, force them to get in line and hold anti-insurgency placards in rallies and strong-arm them into signing declarations and such. They likewise malign and red-tag legal organizations, progressive partylists and non-government institutions that champion the rights and welfare of peasants and Lumad, effectively putting these civilian institutions and their leaders in the AFP’s hitlist. To be sure, these “declarations” are a portent and justification of more arbitrary arrests, extra-judicial killings, indiscriminate shelling and bombing and all-around wanton violations of human rights against civilians, activists and mass leaders in the region.

In addition, Duterte himself is desperately capitalizing on these counter-insurgency activities in order to ingratiate to the masses his motley gang of senator-wannabes composed of plunderers, liars, fascists and murderers, especially in Davao City and other provinces in the region where his popularity has suffered immense backlash following his anti-poor policies and fascist attacks against the people.

If anything, the desperate US-Duterte regime and its fascist dogs in the AFP are the real ones who are unwelcome not only in the countrysides but in the rest of the country as well. So let them pretend their “declarations” and other such non-sense actually amount to anything. The steady advance of the revolutionary armed struggle and the people’s war will render these machinations as false and futile time and time again.