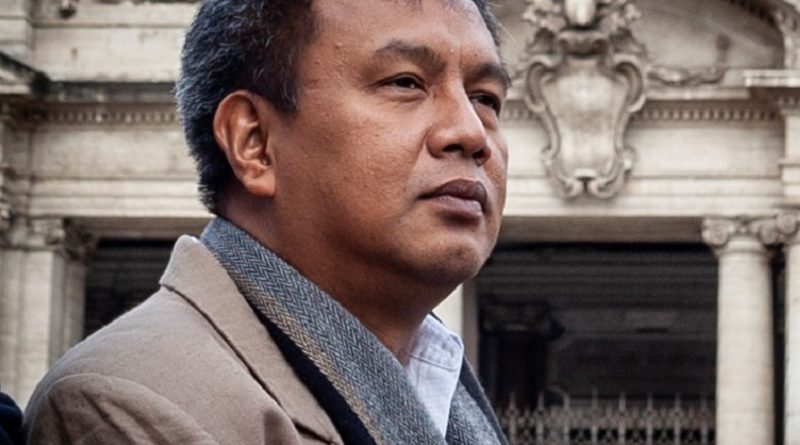 We, the National Democratic Front of the Philippines (NDFP) Negotiating Panel express our outrage and strongest condemnation on the brutal murder of Felix Randy Malayao, a publicly known consultant of the NDFP on political and constitutional reforms.

We condole with Ka Randy’s family, friends, comrades and colleagues as we give him our highest honor for his invaluable contributions to the revolutionary movement and the NDFP’s peace efforts.

He participated in the peace talks two years ago and was one of its spokespersons during the formal negotiations. He was an indefatigable worker in the service of the people and was ever ready to present the side of the NDFP in fora, seminars and consultations on the peace talks in the Philippines and overseas.

Ka Randy was a torture victim and a political prisoner for years under the Macapagal-Arroyo regime. He had been acquitted of all charges and was protected by the Joint Agreement on Safety and Immunity Guarantee (JASIG) as an NDFP peace consultant.

His killing may very well portent of worse moves against NDFP consultants for the peace talks many of whom, such as Vic Ladlad, Adel Silva and Rey Casambre, among others have already been arbitrarily arrested and slapped with trumped up charges.

From unilateral cancellation by the GRP to the flip-flopping statements of Duterte on the negotiations, the peace talks have been stalled as the Duterte government treads the path of all-out war and persistent attacks against the NDFP and its personnel for the peace negotiations.

Ka Randy’s brazen murder indicates an escalation of attacks against peace consultants and serves as a further serious obstacle to the resumption of the peace negotiations with the Duterte government.

The NDFP Negotiating Panel remains committed to the attainment of a just and last peace in the Philippines through peace negotiations. The militarist and terrorist government of Duterte, however, is hell-bent in sabotaging the pursuit for just peace as it intensifies attacks against the NDFP and enables brazen acts such as the murder of Ka Randy.

The heroes hall of the Philippine revolution welcomes Ka Randy. His martyrdom and his untiring work will always be remembered and inspire the struggle against tyranny and for a just peace.