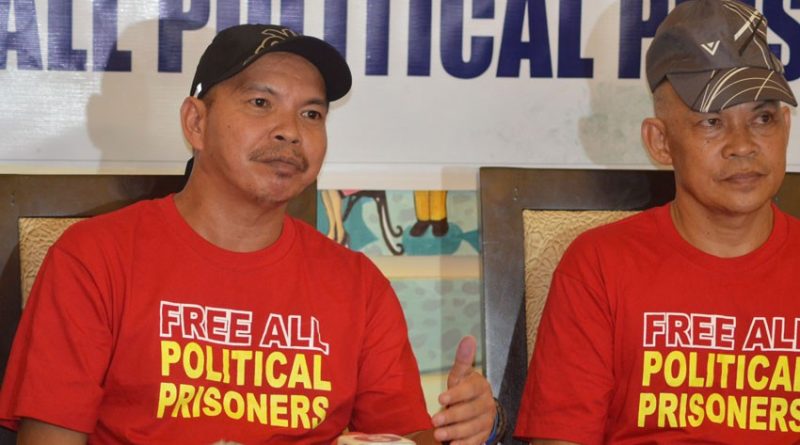 The NDFP strongly condemns the arrest of Ariel Arbitrario, NDFP Consultant for Mindanao, and his companions, in a checkpoint in Toril, Davao City, today.

Arbitrario is a publicly-known consultant in the peace talks and is the holder of NDFP Document of Identification Number PP 978542 dated 22 August 2016 that has been duly acknowledged by GRP Chairperson Silvestre H. Bello III on 16 September 2016.

As such, Arbitrario is covered by the Joint Agreement on Safety and Immunity Guarantees (JASIG) and is immune from arrest in the performance of his duties and responsibilities in the peace negotiations.  Under the Agreement, the companions of Arbitrario when he was arrested are also covered by the protection of the JASIG.

We must remind the GRP that the peace negotiations are ongoing. Under the terms of the GRP-NDFP JASIG, the GRP is obliged to send the NDFP a written notice of termination that would take effect only 30 days after our receipt of such notice.  In the meanwhile, all agreements that have been reaffirmed and signed between the two Parties remain in full force and effect, including the JASIG, the CARHRIHL and the Joint Statements signed in Oslo and Rome in August 2016, October 2016, and January 2017 respectively.

Furthermore, our lawyers have advised us that Arbitrario’s release last August is secured by bail. Even in accordance with GRP’s own laws and processes, Arbitrario´s arrest is in contravention of GRP’s own rules of procedures as he is claimed to be under the jurisdiction of GRP courts.

We call on the GRP to effect the immediate release of Arbitrario and his companions from detention and to prevent similar arrests that will only serve to undermine the peace negotiations.

The escalation of attacks against the formal aspect of the peace negotiations, including their participants, goes against current efforts to maintain the schedules related to the next round of informal and formal talks in February and April 2017 and the momentum to accelerate the peace negotiations and arrive at agreements that would pave the way for social, economic and political reforms towards a just and lasting peace for the Filipino people and the country.