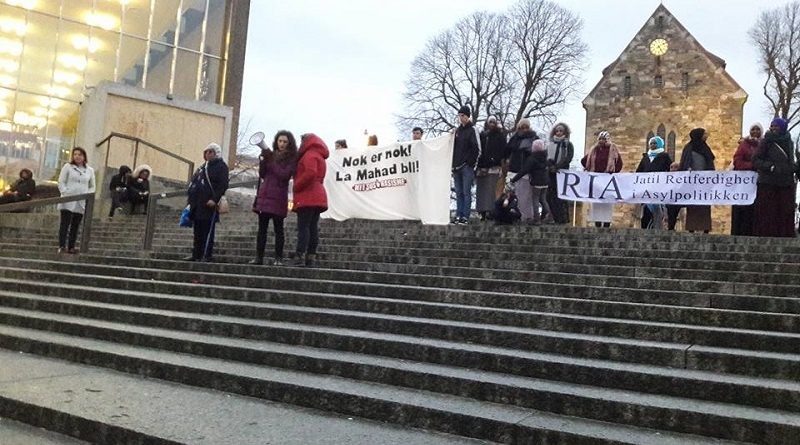 New SOS Racism arranged a succesful demonstration on friday in Stavanger, Norway. It was in support of Mahad and his struggle against the Directorate of Immigration(UDI), and also in solidarity with other refugees that are arrrsted and deported without any trials or rights.

Mahad has lived in Norway for 17 years and now UDI wants to remove his citizenship based on little more then rumours and speculation. If UDI gets it as they want Mahad . When UDI start digging in old cases they make it so that no refugee can feels safe for the rest of their lives.

Several speakers from different organisations spoke in support of Mahad. These were New SOS Racism, Justice in Asylumpolicy, Muslim association of Rogaland and Afghans association. Mahad himself held a moving speech. An activist from Canada that works with refugees rights spoke in a show of mutual international solidarity. Refugees from Iran, Somalia, Ethiopia and Afghanistan told about their situation. The demo marched around the lake followed by some more speeches.

Many good slogams where shouted: