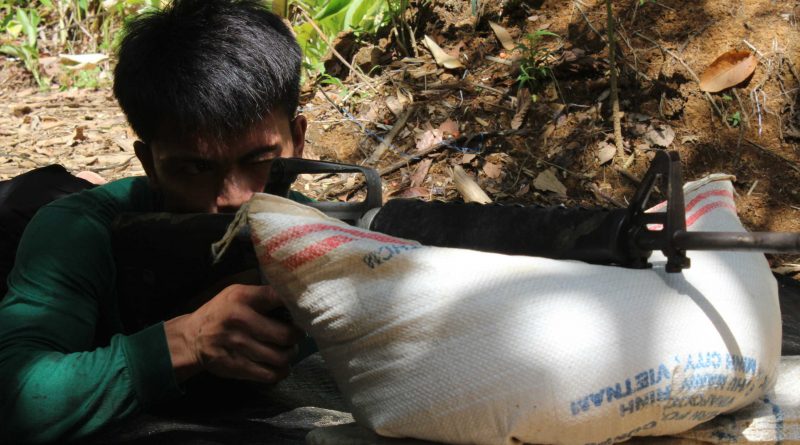 The New People’s Army-Northern Samar (Rodante Urtal Command) would like to categorically deny, once and for all, the AFP’s claim that Red fighters attacked elements from the 20th IB troops supposedly on a relief mission in Brgy. Hinagonoyan, Catubig, Northern Samar last December 16, 2017. Instead, it was the AFP unit which attacked an NPA medical mission in the area.

According to the RUC, the said troops were conducting military operations in the area to target the NPA unit which was conducting a medical mission in the said barangay. When the Red fighters were alerted to their presence, they closed clinic and decided to withdraw from the area with utmost consideration to the safety of all civilians. Ten minutes later, the AFP troopers attacked and a firefight ensued which left four soldiers dead. The AFP then shelled the area, using howitzers, which hit their own men. This caused more casualties among their ranks.

After the incident, the AFP fake news machinery cranked their usual lies. Without bothering to check facts, no less than Rodrigo Duterte himself mouthed these lies. His lawyers even stated that the incident will make it to the “list of atrocities” they will use for the courts to declare the CPP and NPA as terrorist organizations.

The people know the truth. No amount of fake news and trolling can change the facts on the ground. They know who the real terrorists are.