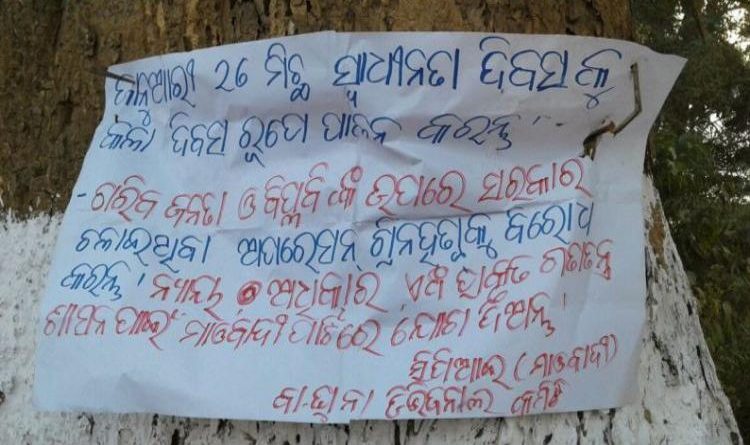 Rayagada: Raising security concern ahead of the Republic Day celebration, red-posters surfaced at different places in the Karadabandha village under Muniguda Police Station area in the district on Thursday appealing people to observe January 26 as ‘Black Day’. 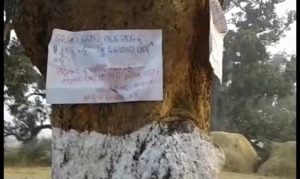 The posters released in the name of Nagavali-Ghumusura-Bamsadhara division of the outlawed CPI (Maoist) organisation and put up on the trees in the village, categorically protested the steps like setting up of CRPF camps around Niyamgiri Hills, carrying out ‘all-out offensive’ called ‘green hunt’ against the militias by the administration in the district. The posters also slammed at the degrading healthcare, education and agriculture sector in Rayagada district.

Alleging that the district administration is resorting to repressive measures against the innocent tribals in the district, the maoists through the posters claimed that true democracy would come only through armed rebellion and more participation of people in the outfit.

Police have beefed up security in the district following the surfacing of the posters.