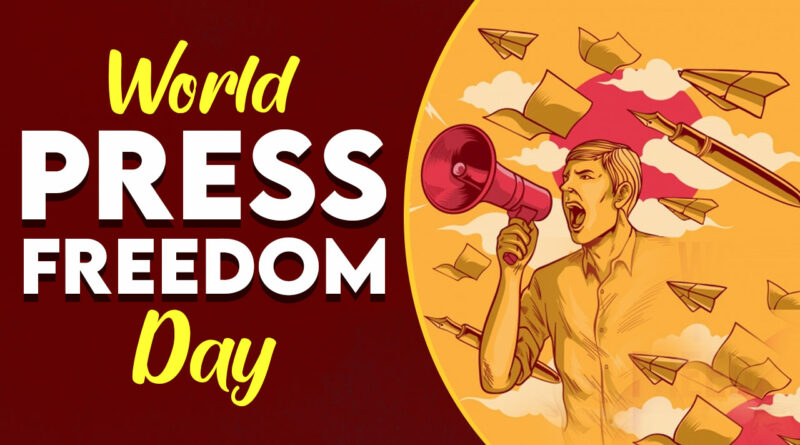 The Communist Party of the Philippines (CPP) today joins all Filipino journalists and media workers as they mark today World Press Freedom Day 2021. The Party stands in solidarity with the people in the fight against media repression and censorship which has worsened under Duterte’s tyrannical regime.

The past years under Duterte have seen a sharp rise in cases of brazen attacks against press freedom perpetrated by state forces and agents of the reactionary ruling classes. These attacks are part of the futile attempt to muffle the voices of those who criticize and expose corruption, ineptness, national treachery and fascist repression of the ruling regime.

The country is consistently ranked as among the most dangerous places in the world and worst in terms of prosecuting murders of journalists. Just yesterday, armed men gunned down John Heredia, a veteran journalist, in Roxas City, Capiz province. Heredia was a former officer of the National Union of Journalists of the Philippines (NUJP) and headed the union’s provincial chapter. The NUJP reports that at least 20 journalists have been killed under the Duterte regime. Some have been unjustly arrested and detained. Countless of other media workers have been intimidated, harassed and red-tagged by the regime’s counter-insurgency task force.

The 2021 World Press Freedom Index released by the Reporters Without Borders last Tuesday exposes the dire situation of press freedom in the Philippines. The country slipped two notches in the said index, ranking 138th of 180 countries. During the pandemic, the Philippines was among four countries in South East Asia to have “adopted extremely draconian laws or decrees criminalizing any criticism of the government’s actions.”

Last year, Duterte’s supermajority in Congress blocked the franchise renewal of ABS-CBN denying it access to free over-the-air broadcast, thus, denying the public of a major source of information amid the raging pandemic. The regime has also targeted news website Rappler and its editor Maria Ressa who has been issued at least ten warrants over the past years. Both media outlets have been targets of Duterte’s tirades. It has arrested independent journalists and maliciously branded alternative media sites as communist mouthpieces.

Media watchdogs also note that attacks against free press is accompanied by online harassment campaigns orchestrated by pro-Duterte troll armies which bombard social media with lies, threats and fake news and launch cyber-attacks against alternative media pages and websites. Last year, over 100 of these accounts were traced to the Philippine National Police and the Armed Forces of the Philippines and were shut down.

The Party will continue to support the fight to defend and uphold press freedom alongside the Filipino people’s struggle for freedom and democracy. We urge all media workers to stand on the side of the people and their struggle against tyranny and state repression.