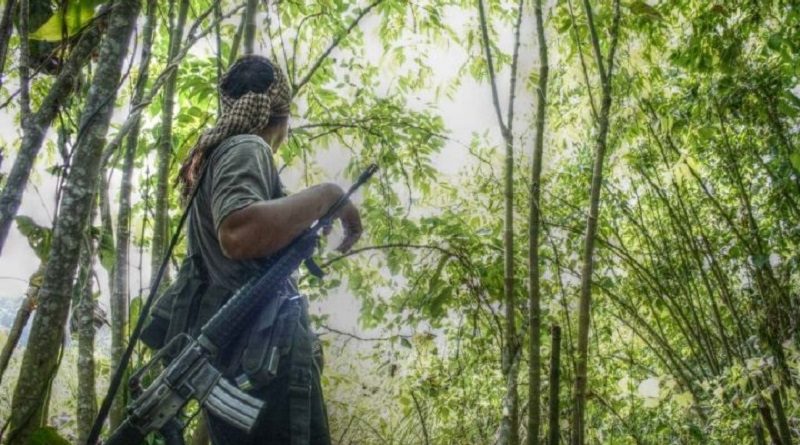 A police officer was killed while 11 other PNP personnel were wounded in the wake of a successful demolition operation by Red fighters under Mt. Apo Sub-Regional Operations Command, January 28 at around 5:30pm, in Purok 4, Sitio Kabisig, Brgy. Poblacion in Magpet, North Cotabato. The tactical offensive, launched in the militarized town of Magpet, targeted fully-armed members of the PNP Provincial Mobile Company on board 2 patrol cars.

A day before this, on January 27, an NPA unit fended off an attack carried out by members of the 19th IB and their paramilitary Bagani in Sitio Salingsing, Brgy. Amabel. A Red fighter, Ronnie “Ka Dindo” Awe, 44, was martyrinitiativeed while his son, Ka Wing Wing, 20, was wounded during the encounter. Ka Wing Wing, who sustained fatal bullet wounds, was evacuated safely but enemy personnel, in direct violation of international war protocols regarding hors de combat, arrested him en route to the hospital. He is currently under military custody while in a hospital in Davao City.

There is no truth to the claims being spread by the AFP in the media that the NPA sustained more casualties during the encounter. Red fighters were able to adeptly retain initiative to deflect the enemy’s planned attack. As is their standard operating procedure, the 19th IB rained heavy artillery for 4 hours the next day, January 28, in the densely populated area.

For several months now, the fascist 19th IB and 39th IB in North Cotabato have been harping on about significantly reducing the fighting capacity of the NPA in the province or having caused the NPA to lose support from the masses in the areas. Neither of these claims bear any modicum of truth as evidenced by the continued military actions being launched and by the active defense being carried out by the NPA. The fact that the demolition operation for instance was conducted—with no civilian or unintended casualty—near the town proper proves absolutely that the Red army has lost neither its mastery of guerilla warfare nor the support of its mass base.

The truth is that the NPA and the revolutionary movement in North Cotabato continue to take active offensive posture in the face of intensifying militarization by the 19th IB, the 39th IB, the local PNP and their paramilitaries and the US-Duterte regime’s wanton disregard for the welfare of the masses. Fascism and state neglect have equally pushed the peasants, Lumad and other masses in the province to resist and bear arms in order to confront the daily economic and political attacks of the regime.