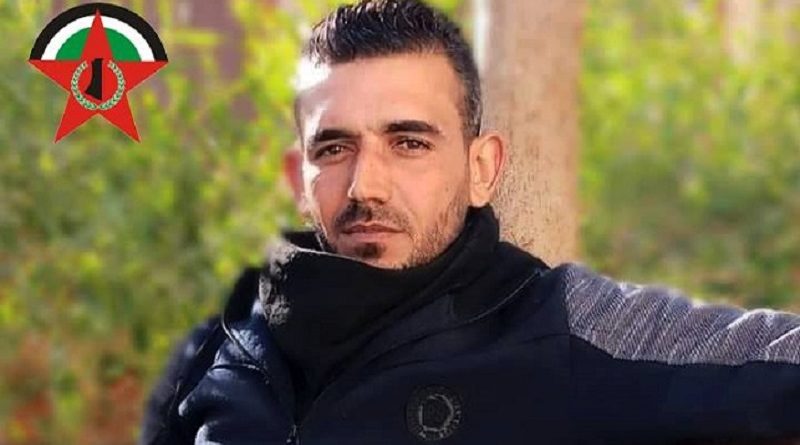 The Democratic Front for the Liberation of Palestine and its military wing, the National Resistance Brigades, announce the fall of comrade martyr Ahmad Ghazi Abbas Abu Jabal, 30 years old.

Israeli snipers shot him with live ammunition on January 29 during the 22nd Maritime March against the blockade on the coast of Beit Lahia, north of the Gaza Strip. He died on February 3 at night because of his injuries.

He fought with the sons of our people in defense of our cause and our national rights and their blood will not be spilled in vain. We will remain faithful to his blood and the blood of all the martyrs of our heroic people, on the same path that they showed us, the path of freedom, independence and return.

Eternal Glory to Our Martyrs!

Democratic Front for the Liberation of Palestine
February 4, 2019